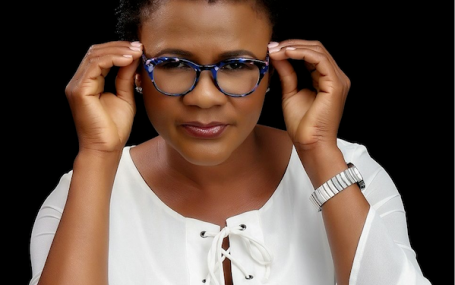 I HAVE known Lady Saw aka Marion Hall for many, many years. We have always had a very honest and fruitful professional relationship, and she is someone I always admired in many different aspects of how she handled herself in a very male dominated world. The incarnation of Lady Saw ceased to exist on December 14 2015. It was on this date that Marion (as I call her) changed her life forever.

She felt a calling from the Lord, and the person who was once the most outlandish, fearless and raw character in dancehall put that life behind her for future happiness and spiritual fulfilment.
I am speaking to Marion in her new home in Florida, and find her in a reflective mood.

“I was watching one of my early performances and just thinking about how uninitiated and raw I was back then”, she tells me with a knowledgeable tone in her voice, “So young, so raw.” While I was in Jamaica in February I was pleasantly surprised to hear her new music being Music being played in some of the garrisons there. I wondered if this was a shock to her?

“I was surprised that it was being played there but God works in so many ways – I’m finally getting used to it.” Although she is still recording and releasing music her live schedule has virtually stopped at her own insistence.

“I turned down shows daily – I wait on God to send me where He wants me to go and perform to spread the word. I was in Jamaica recording nine new tracks for my new album recently – they are very powerful, the first album had nothing on this one. I have evolved and grown and I have decided to hold back the next album as the work on the first album is not yet complete – we are going to shoot a video for one of the tracks off it.”

So with no stage shows and a lot less travelling, I was interested in finding out what fills her days currently. “I go to school every evening. The Lord sent me to bible school – when I first turned myself over to the Lord I asked Him whether I should attend bible school. On that same day a lady who I didn’t know came to me and told me her story that the Lord sent her to bible school in Oklahoma and I knew it was a sign from Him that I should do the same.

I cancelled all the shows as He directed me and just kept the one that led me to Florida and that is why I am here. I am part of a church that has a bible school, and in order for me to study theology I need to get my GED results, as I didn’t complete them as a youngster in Jamaica. I am doing well and just trying to better myself to do the Lord’s work.”

Her demeanor has definitely changed – she was always confident, but see seems very much at peace with herself and the world. “I feel so happy since I have been saved – I’m always smiling! Whether I am just walking around, riding my bicycle or in church, I have a smile on my face. People must wonder if I am crazy!” It is so good to hear her in this mood, however I wondered if she missed the Lady Saw character? 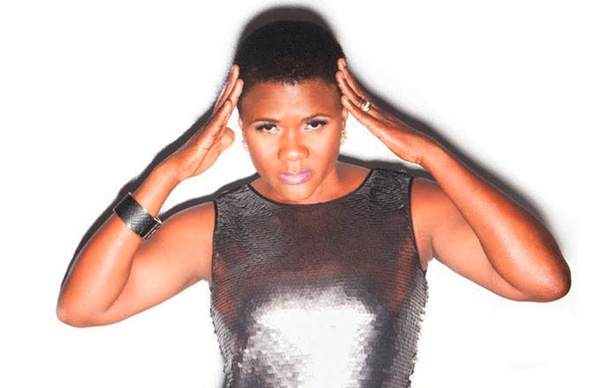 “Not at all – not one bit…There was too many lies and betrayal when dealing as Saw – I hated Lady Saw at one point – I used to sit in hotels before I performed and didn’t want to go on stage. I used to tell my family I have to come off this Lady Saw thing for my own good. There were so many haters and negativity around it. I was tormented at night after shows because of the raunchy and derogatory way I performed – I never felt good about myself.

Since I have been saved I haven’t listened to any of my previous work, it is all about Minister Marion Hall, not Lady Saw. Luckily God has forgiven me and given me a clean slate”, she says with an air of relief. Her work in Jamaica is far from finished – she performed at the rebel Salute shows in January, after much persuasion.

“I told them I wasn’t going to perform – even Tony Rebel himself called me. I then got a call from a Pastor who said I should consider it as they were doing a Gospel segment and I asked the Lord whether I should perform and felt a force come over me and it told me that I should.
I rehearsed for three days and the Lord was with me and his presence was always there at my side.

“After the performance I saw Donovan Germaine (from Penthouse Records) and brother Beres Hammond backstage and they told me that they couldn’t believe it was me up there on the stage. Years ago Beres used to tell me “Marion, be careful you don’t gain the world and lose your soul” and he didn’t realise that his comments had a big effect on me. The Lord sent me into the Lion’s Den of Rebel Salute like Daniel, but that is the work he set out for me. It was very powerful, and very rewarding.

Much of her work seems to bring her fulfilment. Her and the extended team have had an active programme which feeds the homeless and shelter abused women in Jamaica – something she is continuing although she isn’t based on the island at the moment.

“We have been doing it for a while in JA – while I am in Florida, my sister and the team go around Jamaica and ensure that the homeless are fed and women have a safe place to go. I have begun to do it here – I buy clothes, rice and tinned food and drop them in the boxes that help people.

I’m proud to see where Marion’s journey has taken her, and even more happy that she is in such a positive space personally and professionally. She ends our conversation with another thought provoking comment. “People are amazed at what the Lord is doing through me. That in itself is a wonderful thing.”

Source: This is BrukOut! Seani B talks to Lady Saw | The Voice Online 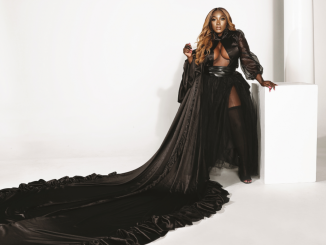 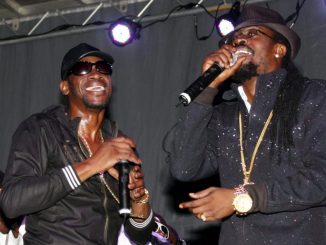 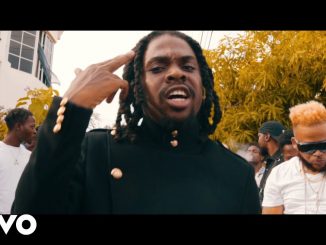