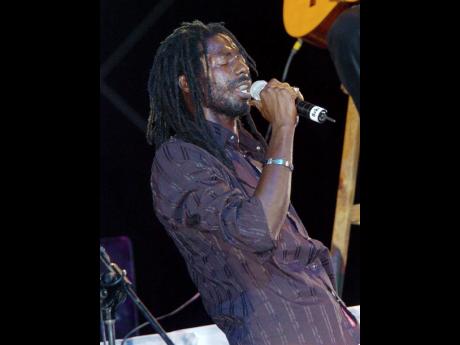 Early last month The STAR, referring to the Federal Bureau of Investigation’s (FBI) website, reported that Mark ‘Buju Banton’ Myrie now has a release date of December 8, 2018. It is anyone’s guess when and where his first post-release performance in Jamaica will be. However, as the universe has aligned it, Rebel Salute 2019 will be held a little over a month after Buju’s current release date and it will be a significant landmark at that – its 25th anniversary.His 2005 Rebel Salute showing, when he came on after Jimmy Cliff, was memorable.

So I wonder what Buju’s first song on a stage in Jamaica after his release will be. Which tune from his catalogue could he open up with before the hordes of people who are sure to turn up to see and hear the Gargamel? The possibilities are juicy; and what they say about his attitude towards incarceration and current state of mind intriguing. Here are a few.

The brief title track of his 1995 album, performing this first would reaffirm Buju’s Rastafarian steadfast faith through his trial (literally) and travail of incarceration. Naturally, it would run into another song and the sound system selectors tend to follow up with, Hills and Valleys, which, with the lines “only Rasta can liberate the people and why try to make I unhappy/Really I don’t know/If it was up to them my friend/We would never see the sun or the snow“, would suit the occasion well.

Another short one, this is from the 1997 Inna Heights album, which followed Til Shiloh. Its content would say almost the same thing as, Til Shiloh, but would strike a stronger note with those grounded in the Christian faith. There is something which moves in the soul when a mass of people sing “hallowed be they name” and I can almost hear it now.

A track from his 2000 Unchained Spirit album, Buju and Gramps Morgan’s voices blend beautifully on this take on what is known as, The Lord’s Prayer. As an opening song, it would be an extended version and have a sustained effect of beginning with, Our Father in Zion, but maybe not as intense as that “hallowed” section.

Another track from Inna Heights, opening with this would be a statement of having been saved by faith (“I had a close one yesterday/Jah put an angel over me“) and also personal fortitude (“Be strong, hold a firm meditation/One day things must get better/Don’t go down, keep your head above the water“).

Another one from Inna Heights to close out this week’s possibilities. This would be a statement that from this point onwards, no guy will have a say in what he does – Buju will not put his life under the control of anyone, law enforcement included.

Next week, we will look at a few more opening options, among them Give I Strength, Me An Ooonu, Boom Bye Bye, Ova Me, Magic City, Driver and Circumstances.

Source: Which song will Buju start his next Jamaican performance with? (Pt 1) | Entertainment | Jamaica Gleaner