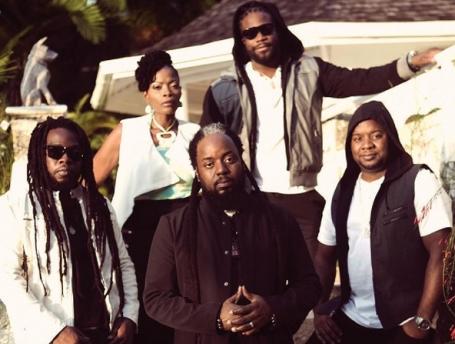 LAST YEAR was a monumental year for Morgan Heritage.

In among the number one records, world tours and appearances, there was the little matter of a Grammy success. Their album ‘Strictly Roots’ was voted the best of the year by the academy, which is an amazing (and some would say long-overdue) achievement.

“I think we gave hope to some artists when we won the Grammy,” says one fifth of the Morgan family, Mojo Morgan.

“Some of them thought, ‘Well if they can do it, maybe we can too!’”

Their success – which seemed to almost come overnight – was actually 20 years in the making.

Peter, Mojo, Lukes, Una and Gramps have been consistently churning out quality material for more than two decades, and the signs are that there is no letting up on this front. Now in 2017, their latest album is complete, to the relief of Mojo

“The music is all mixed and ready, the artwork is done, and I am at peace with how the project has been finalised.

“This time around we want to win a MOBO (their only previous nomination was 17 years ago) and we have eyes on a Brit Award!”, Mojo exclaims, showing their intent before the project is even released.

So what can we make of the album? Intriguingly titled Avrakedabra, it seems that showing the worldwide appeal of reggae was high on the production agenda.

“This album has collaborations with Stephen and Ziggy Marley, as well as Dre Island and Kabaka Pyramid but was recorded all over the place – from Paris to London, Miami, Los Angeles, Nashville, Jamaica and parts of Africa, so it has a global feel,” he explains.

With live dates in Oxford, Manchester, Birmingham and London (their first time at that venue for 20 years) on the way, it seems their fans are in for a treat.

But for Morgan Heritage, the UK is a not just a normal pitstop on their touring schedule.
Mojo said of the dates:

“It’s special because of our affinity to Steel Pulse and how important they were to us. Their album True Democracy was played by our brother Dave every night for about a year when we were growing up, and we were aware that the band were from a place called Birmingham.

“So when we first came to the UK with Buju Banton we couldn’t wait to perform and excel to the UK crowd.

“The success we have in places like Uganda and the Caribbean can be attributed to our early success in the UK and the way audiences took us to their hearts.”

With a back catalogue of massive hits, their consistency is admirable, and something that they plan to showcase when they hit these shores.

“We are going to dive into our catalogue and we know our original fans want some of the classic Heritage songs that we haven’t played in years. We want to ensure the live show covers the full legacy of Morgan Heritage.”

I was intrigued to know how the album’s unique title – Avrakedabra – came about.

“We love history, and during our studies we discovered the word.

“This title has a magical feel – we really wanted people to be intrigued by it and wanted them to find out what it meant for them.

“For us it felt magical and signified a new era for Morgan Heritage – we have been doing this for over 20-plus years, but this is a new chapter,” Mojo explained.

Mojo concludes our chat by telling me that reggae is about to have a really big year.

“Damian Marley, ourselves, Protoje and Chronixx amongst others will all be dropping albums this year,” he says.

“I was just talking to Stephen Marley the other day and I told him I can feel it in my bones that reggae will have a very, very big year to come.”

And that’s all good news for the music. As they say, ‘iron sharpens iron’

Source: This is BrukOut! Seani B talks to Morgan Heritage 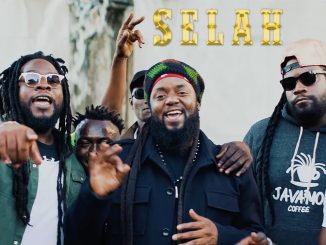