Reggae Sumfest 2017 (the 25th staging) seems like it will be better than before. There will be the return of performers like Queen Ifrica and ‘The Champion Boy’ Alkaline who have not performed there for a while. Alkaline will perform on the first night; at the two night Reggae Festival at Catherine Hall.  Josef Bogdanovich the Ceo of Downsound Entertainment, who organizes Reggae Sumfest;  is very glad about their return as they have both grown professionally over the years. Spice ‘The Stage Show Boss’ who always gives her fiery brand performance, will entertain patrons on the 2nd night; along with other artistes like Christopher Martin and Queen Ifrica.Queen Ifrica performed at the show 6 years ago, she has a strong fan base, and that is why she could not be left out. Earlan Bartley aka ‘Alkaline’ also has a huge following since his last performance at Sumfest and fans will hear his hit songs such as ‘Champion Bwoy’,’Spoil You’ ,’Extra Lesson’, ‘Ride On Me’, ‘Badness it Name’ and others. He became the first Artiste since 2011 to top the Billboard Dancehall Reggae Album Charts with his ‘New Level Unlocked’ Album. After that he has launched his Vendetta clothing line as he becomes a business man as well. He will be the big Dance Hall artiste on the show along with the Dance Hall Princess Spice. 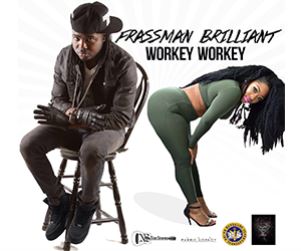 Grace Hamilton aka Spice, has been the hardest working female Dance Hall artiste and her fans will be dancing to her Huge hits songs ,such as ‘So mi Like it’ and ‘Indicator’. She is expected to promote her new single ‘Sheet’ as well. She has done a remix of her single ‘Indicator’ with Soca Star ‘Bunji Garlin’ and she has found a way to remind fans about her power by doing a hardcore diss Track called ‘Prison Warder’.

Ventrice Morgan aka ‘Queen Ifrica’ will bring her message of upliftment and truth as her new single ‘Trueversation’ became available on March 3. It features ‘Damian Junior Gong Marley’ and since she is armed with new material and she will be seeking justice for the women and children, who have been abused and killed; fans can expect a powerful performance in the from this Dancehall Royalty.

Christopher Martin the Reggae Singer released his 16-track album ‘Big Deal’ it debuted at number three on the Billboard Reggae Album Chart last month. His fan base continues to grow as he sings his way into the hearts of many music lovers, with his “sugar reggae”. He will be performing on the 2nd night.

The Show starts on Sunday July 16 with a beach party, before patrons go on to enjoy the Sumfest Sunset Yacht Party on Monday, July 17. The staple all white Party kicks off on Tuesday July 18, and then there will be Sumfest Blitz on Wednesday, July 19. Thursday, July 20 the Sumfest Heavyweight Clash will be held at Pier 1, before the final 2 days at Catherine Hall. That is how reggae music lover will enjoy the sweet Reggae beat until the festival end on July 23.

Remember the early bird tickets and travel packages will go on sale exclusively on the Sumfest website  : www.reggaesumfest.com