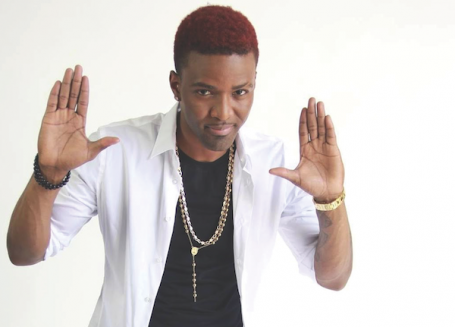 IT’S BEEN a while since Garfield Spence – aka Konshens – first made waves in this business. I can remember playing one of his tracks while sitting in for MistaJam on an early evening show on the BBC eight years ago – a big look for a then relatively new name.

Now that same name is being called in many different circles. “I’m now a veteran in this!” he tells me, as we catch up before his sold out Lon- don performance – his second within six months.

He is putting in the work. “I am travelling hard I live on the road 24/7, but I’m blessed to be able to travel and bring the music to the people,” he says, looking relaxed and very self-assured at his rising status in the music game.

The luxury of spreading the word globally isn’t taken for granted by him. “This life is funny – with all that is going on in the world, you never know what may happen regarding visas and being allowed into different territories – you don’t know what is in the heart of men. We just have to brace ourselves, and if the authorities make it hard to hit other countries, we always have our own sweet Jamaica.”

“If we have to work hard and make that situation a positive one for us, then that’s what we will have to do.”

His music is seemingly travelling further than a lot of his contemporaries at the moment, and his star is definitely on the rise. Bruk Off Mi Back proved itself to be the tune of 2016 across the core reggae markets, and filtered out into the mainstream.

“I know when something has the right sound. The producer sent me the track and it seemed to click together very easily. We shot the video, and the rest is history,” he says.

A history that has already stacked up more than 35 million views online and continues to hold its place in the dances in 2017. I remember being in Jamaica and hearing the riddim (which was produced by Christopher Birch) in February 2016 and I thought with the right version, it could do big things. Did he know it was a hit straight away? 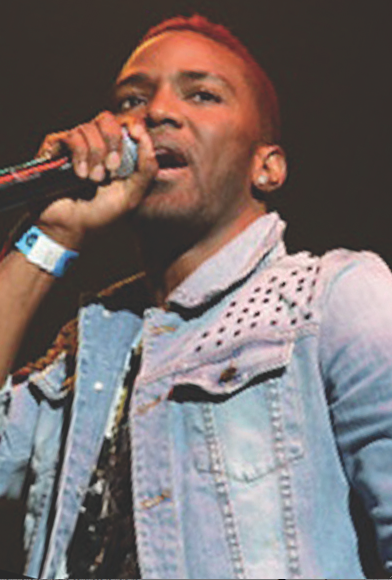 “I always feel that everything I record could be something special! I recorded three tracks the same night I did that tune, and that one stuck. It’s really up to the people and the universe. They set the levels,” he adds, philosophically.

Bruk Off has been picked up by a label in America and it seems the relationship doesn’t end there. “I also signed to Empire as an artist, which is new for me, because for years I didn’t feel comfortable signing a deal. Me and my team have done all the groundwork and I don’t really like how the majors work. I don’t want them to jump in and take over my thing, but Empire came with the perfect deal – they don’t wanna own my life, they wanna work with me and not take everything.”

So what made this situation different? “The CEO and owners are very connected and come from a major label background – I went to LA to spread the word about what we do in some places that don’t know anything about dancehall. I’m Empire’s flagship artist,” he says, confidently.

However, as is the game in 2017, you have to be more than just a good artist to survive out here. His behind-the-scenes game is on point, too. “The label is teaching us about the whole streaming side of things, which is interesting and opens up so many more opportunities moving forward. I have a distribution deal, so I can sign artists and distribute them through the company.”

Real boss moves. He goes on to big up one of the most influential managers from Jamaica, who is working with him and is instrumental in the progression. Sharon Burke has been a pillar of the Jamaican music industry for many years, having worked with the likes of Bounty Killer and Shaggy, amongst others internationally.

“Sharon is opening doors and making things happen for us. She is introducing us to new people and that is helping move the music forward.”

So the word doesn’t stop there. He is go- ing back to the States straight after this brief UK trip (this time to work with Wyclef) and then it’s more of the same – hitting the road, shows and recording.

He’s a real trailblazer in the making.

Source: This is BrukOut! Seani B talks to Konshens | The Voice Online