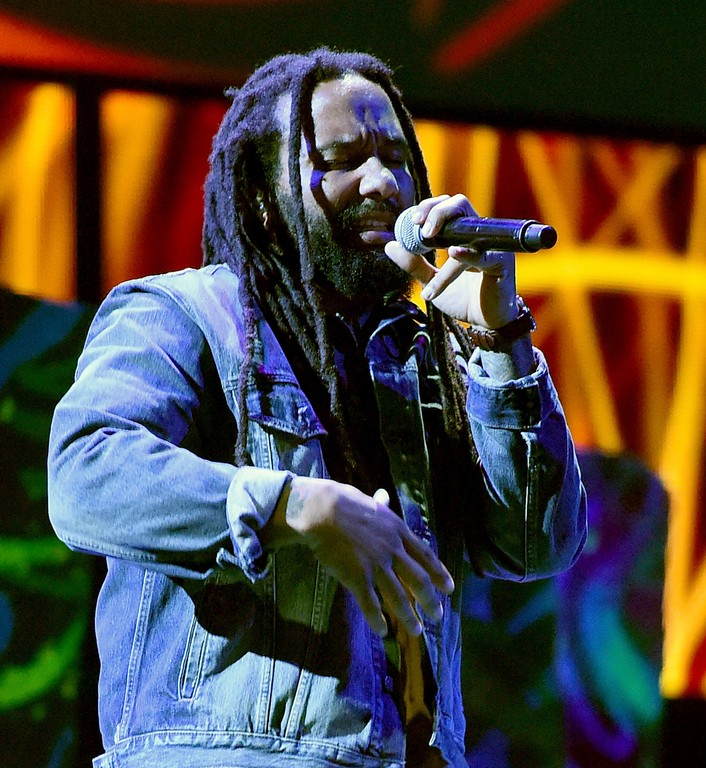 Ky-Mani Marley was 20 years old when he first grasped the stratospheric cultural influence of his late father, Bob Marley.

“I was in New Caledonia, visiting a very indigenous tribe – there was no running water, no lights, nothing,” says the 40-year-old musician, who will honour his dad at Dubai’s fourth annual Bob Marley Birthday Fest tomorrow.

“And in that setting, I remember someone walking up with a Bob Marley book bag. I realised, wow, even in one of the most remote places on this Earth, here is someone coming out of nowhere with some form of Bob Marley memorabilia.”

Bootleg or otherwise, such memorabilia is a huge industry. It was once estimated that the Jamaican musician’s face is second only to Che Guevara in the number of T-shirts it appears on. Bob Marley is more than merely a musical superstar – the man who introduced reggae into a billion homes – but also represents an ideal, steeped in his own iconography.

Such a realisation carries its own weight, especially if you are also a musician.

“The hardest thing is trying to live up to other people’s expectations, which is something I don’t try to do,” says the singer, who launched his own musical career two decades ago.

Ky-Mani shoulders that burden with 10 siblings – one of them adopted – born to seven mothers. His brothers include better-known musicians Ziggy (the firstborn and most famous), urban crossover star Damian, and the purist, roots-flavoured Stephan.

Younger Ky-Mani seems unsure where he fits in this lineage, and only took up singing after receiving hearty encouragement. “Growing up, I was more into sports – music wasn’t something I could imagine myself doing,” says Ky-Mani, who moved from Jamaica to the United States at the age of 8, and now lives in Miami.

“Just like everybody else I sang a lot in the shower. One day I was singing around the house, at my grandmother’s, and Ziggy said out of nowhere: ‘Boy you sound like your father’. I was like, ‘OK’, at that moment, that was the beginning, those words inspired me to want to dig a little deeper.”

Ky-Mani performed his first concert on his 18th birthday. He says he was so scared, he kept his eyes closed during the first three songs.

This was soon followed by his debut album, Like Father Like Son, a collection of covers of Marley classics.

One of the first original songs Ky-Mani wrote was Dear Dad, a heartfelt poem to the father he never knew – Marley died when he was 5 – and features lyrics such as: “So when I’m down and out, lonely or just feeling blue / All I do is think of you.”

Dear Dad was the song that convinced producer and manager Clifton “Specialist” Dillon to sign Ky-Mani, helping the young talent to establish his own voice with the album, The Journey, in 2000.

The third, Many More Roads, was nominated for Best Reggae Album at the 2002 Grammy Awards, losing out to his brother Damian’s Halfway Tree. After an abrupt shift towards hip-hop with his fifth LP, Radio, in 2007, Marley has been largely quiet for a decade. Did he ever consider walking away from music for good?

“Absolutely,” he says. “Sometimes we all get to that point in life, especially when you think things are not working out how you would’ve liked.”

Right now, though, things are working out very well. Last summer, Ky-Mani broke his recording hiatus with Conversations, a collaboration with German reggae musician Gentleman, which grew organically out of mutual appreciation fostered during a joint tour.

Next, he will round up his brothers and return to his roots with a raw reggae album of duets.

“This one is about the family,” says Ky-Mani. “Still to this day, my brothers are my biggest inspiration – all of them in many different ways. That is where I pull my energy from, my family.”