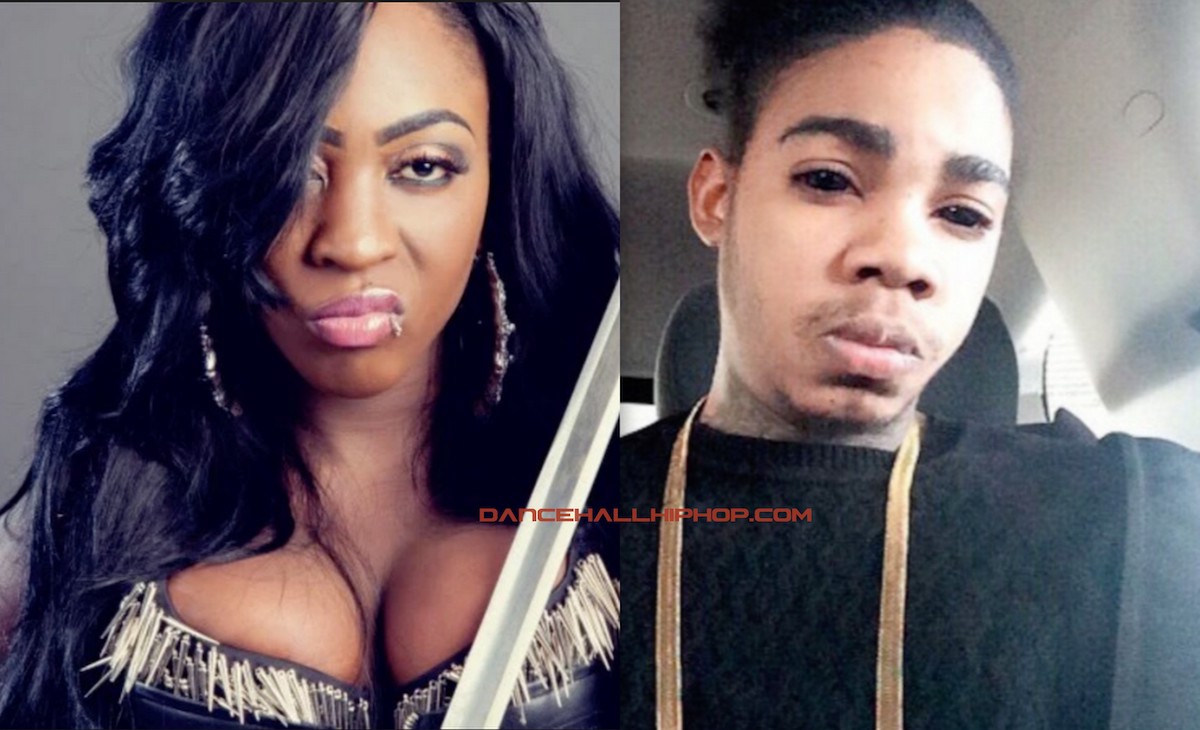 Spice has had enough with the ongoing beef between the Gaza and Vendetta clans so she stepped in the studio and emerged with this gritty diss track “Who Sing It.”

The dancehall diva’s involvement in the feud stemmed from a diss track released by a well known Alkaline imposter deejay goes by the name Fabian. It’s still unclear if the artist in question is a part of the Vendetta gang or someone who is just aligning himself with the crew. One thing we do know is that he sounds exactly like Alkaline.

Nevertheless, Spice held nothing back and attacked Alka on several topics including his infamous “batty wash” line and him taking Vybz Kartel style. Last month, Spice became very critical of the “Champion Boy” deejay during a performance in Jamaica where she told the crowd that Akaline is simply not in the same class as Vybz Kartel.

This new diss record from Spice is already gaining a lot of attention among dancehall fans, and some folks are even giving her credit for being braver than Popcaan.