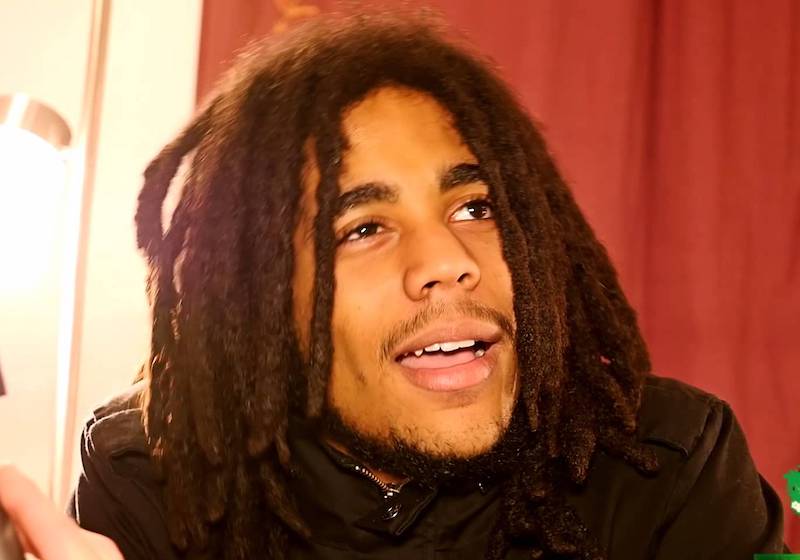 Bob Marley’s grandson Skip Marley is the first singer from the musical family to score a top ten single on Billboard Hot 100.

The young reggae singers collaboration with Katy Perry “Chained To The Rhythm” debut at No. 4 on the Hot 100 chart this week and the music video received approximately 10 million views on YouTube on the first day of its release. Skip Marley and Katy Perry first performed the single at the Grammys in a well-received set that catapults it to the top ten on the charts.

The single “Chained To The Rhythm” is also doing very well in Europe where reggae music is much more popular than in the states. The song debut at No. 7 on the UK pop chart, No. 6 in the Czech Republic, 8 in France, 20 in Germany, 5 in Scotland, 10 in Ireland, and 12 in Switzerland.

Bob Marley scored eight singles on the UK pop chart over his career while his sons have yet to debut on that chart as solo artists. Ziggy Marley and the Melody Makers scored three hit singles on that chart, but he has not done since launching his solo career. Bob also has one hit on the Billboard Hot 100 after “Roots Rock Reggae” peaked at No. 51 in 1976. Damian Marley 2005 hit “Welcome To Jamrock” peaked at 55 on the Hot 100 chart, while his older brother’s former group Ziggy Marley and The Melody Makers 1988 classic single “Tomorrow People” peaked at 39.