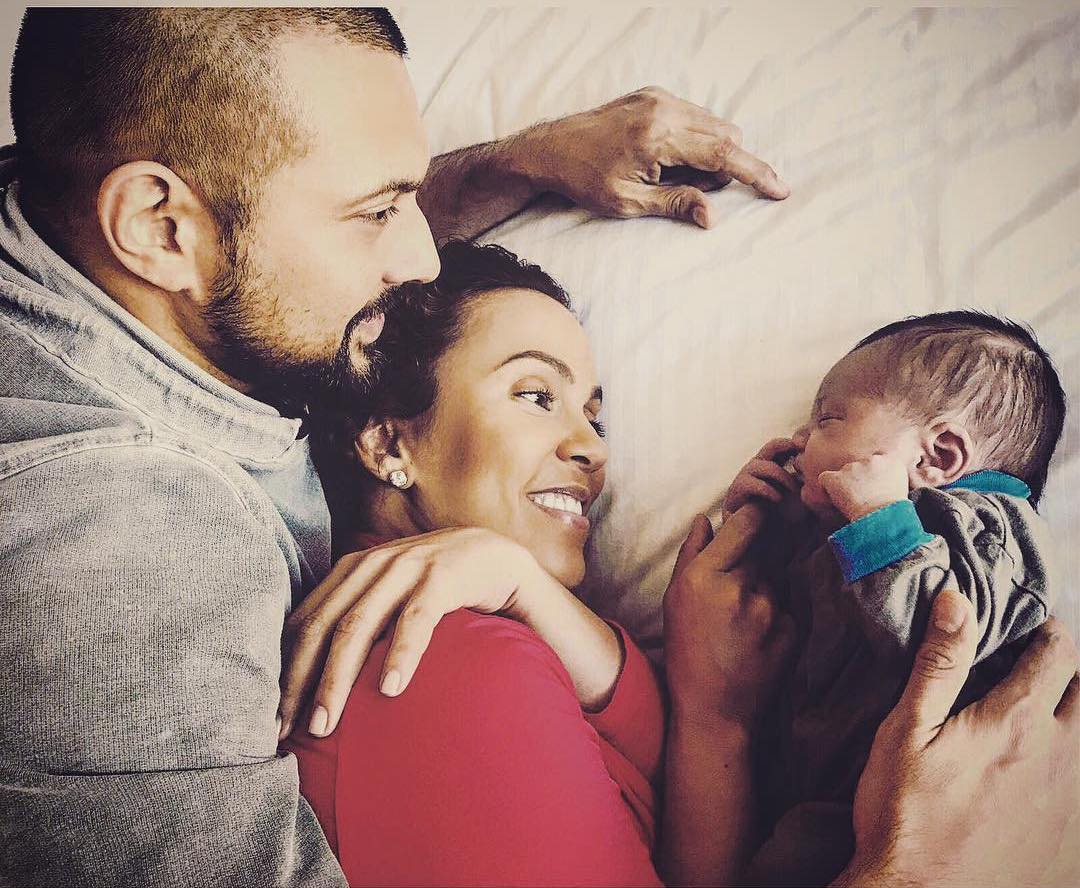 The TV personality gave birth on Monday, February 20, 2017, and confirmed the news on Sunday with a photo of herself, the dancehall star and their son. Sean Paul also posted the image on his IG writing “An then there were 3 big up mi son the real boss Levi Blaze Henriques an my wife the boss mommy.

Sean Paul had an incredible year last year with a slew of his singles including a Billboard Hot 100 No. 1 song for “Cheap Thrills” with Sia. This year is shaping up to be another big year for the dancehall legend starting with the birth of his son. SP is currently working on a new album, which will be his first album on Island Records.

Sean Paul and Jodi Jinx got married in 2012 after dating for several years prior. SP announced that they were expecting their first child back in August last year and now the wait is over.