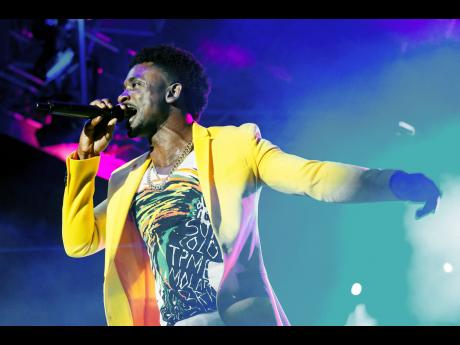 With the click of drumsticks, musicians’ fingers on stringed, electronic and wind instruments, chatter of MCs and melodies of singers and deejays, the ninth Reggae Month celebrations start their run at Mandela Park, Half-Way Tree, St Andrew, this evening.

The free concert, in tribute to the late reggae great Dennis Brown, follows Sunday’s church service at Praise City International in Trench Town. Before Reggae Month 2017 is finished in another 27 days, there will be Reggae Open University discussions, vinyl records being spun, a Global Reggae Conference, Stone Love’s famous sound clarity at its Burlington Avenue headquarters and rockers at Dub Club on Skyline Drive.

Coleen Douglas, marketing/public relations coordinator for Reggae Month, told The Gleaner that the annual celebration of all genres of Jamaican popular music is in a better stead than it was five years ago. “One of JaRIA’s early objectives was to make it a national event,” she said. Although the calendar has only events in the capital listed, she said there are others in rural areas.

“JaRIA is not a promotion company,” Douglas said. It focuses on the reggae university discussions, Wednesday concerts and Honour Awards at the end of the month, the only paid event it hosts. “We arrange it in Kingston as the major body to host events.”

Douglas hopes that the Ministry of Education will include Reggae Month in its calendar, educating schoolchildren about persons other than Bob Marley with whom they would most likely already be familiar. And while Digicel celebrates Marley with its Redemption Live! concert, Douglas hopes more sponsors will get involved.

“We still need corporate support,” Douglas said, noting that the performers either contribute their talent free or at a cost to meet expenses.