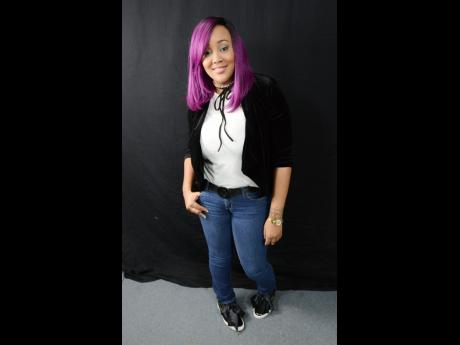 With an alarming surge of murder-suicide in Jamaica, deejay Tifa says people have become too focused on superficial things, which she believes has led to an increase in domestic violence – including fatalities – in Jamaica. “We’ve become so superficial that people don’t love anymore,” she said.

She pinpointed the Internet and social media as perpetuating superficiality.

“They see the girls with the big boobs and the big bottoms coming out of nice cars on Instagram. It’s one of the factors, but it’s not the main factor … . And it’s not just about women. It goes both ways, because there are men out there who get with women who have money,” she told THE STAR.

“I just hate seeing the news, of all these people killing then shooting themselves. People used to could break up with people!” she exclaimed. “It’s become like, maybe mi love yuh, but dah money man deh have di tings. A lot of people are in relationships for the wrong reasons. You find that a lot of people are using. It kinda outta control now,” she said.

There are several Jamaican popular songs that support a man giving a woman money in a sexual relationship – including Vybz Kartel’s Tek B…..y Gal and Shabba Ranks’ Pay Down Pon It – and deejay Tifa sees them as reflecting an unfortunate reality.

“Music is just the soundtrack to life; people sing what they see. I have done it, but it’s just from the viewpoint where one hand wash the other. It’s not just about women.”

The dancehall artiste had to deal with a potentially dangerous situation in a past relationship. “They tried, but that don’t mean they succeeded. I am a pit bull myself. If yah guh try it then we ah guh buck heads,” she said.

She has simple advice for people who see worrying signs in their relationships. “Walk away. Usually in these cases, the abuse shows early, and it never usually ends. From you pick up the signs, walk away,” Tifa said.