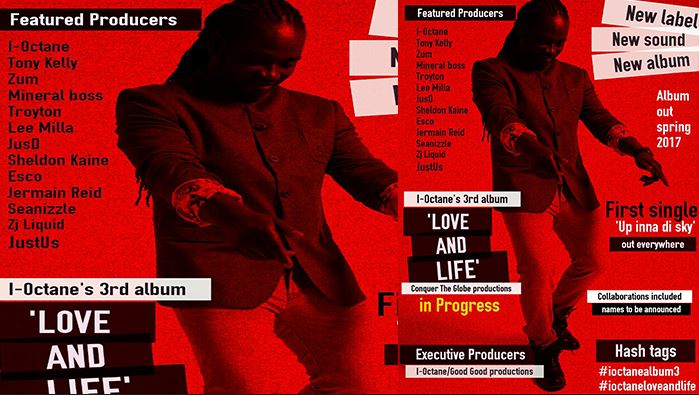 With a plethora of hit songs released in 2016 coupled with an electrifying performance at Reggae Sumfest, there is no dought that I-Octane had a successful year. His lyrical dexterity and ability to enthrill fans with his live performances earned him the name “The Closer” A.K.A “Hot Ras”.As young as 2017 is, he looks geared up for an Album release in April. The name of the album is * 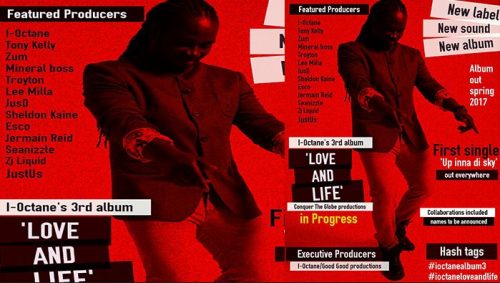 * and has two singles released with “Up Inna Di Sky” (produced by Justus) being the first followed by “Long Division” (produced by Good Good productions) which featured Jamaica’s vibrant songstress SPICE.
Love and Life is his third album, executive produced by Conquer The Globe and Good Good Productions.