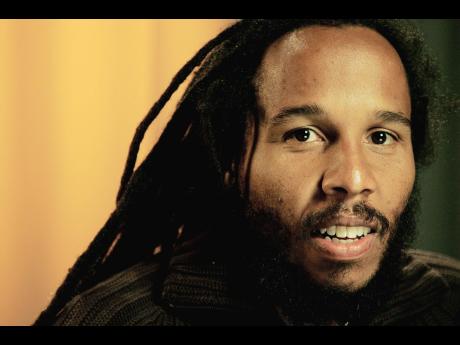 In the 32-year history of the Reggae Grammys first awarded in 1985, one or more of the Marley brothers have won 12 awards. Other multiple winners include Bunny Wailer, Jimmy Cliff, Burning Spear, and Shabba Ranks.

But these awards have been mired in controversy among Jamaican popular musicians. The local musicians argue that whenever one or more of the Marley brothers is nominated for the Reggae Grammy, the race is as good as over, as a Marley will win whether or not the album is the best of the nominees. The reasons for the Marley dominance is name recognition, and globally, the Marley name is iconically linked to reggae.

A December 2015 report from Billboard Magazine, the authoritative publication on the global music industry, estimated the global music business to be worth more than US$65 billion made up of copyright music, sound recordings, music publishing, sponsorship and live events. In fact, a 2015 UNESCO study puts the value of the global creative industries, of which music is one component, at US$2.25 trillion.

In 2007, the World Intellectual Property Organisation indicated that copyright-based industries generated about $29 billion in producers’ value to the Jamaican economy, or 4.8 per cent of GDP. With UNESCO now awarding Kingston the designation of a Creative City of Music, and the New York Times naming Kingston 24 on its list of 52 Best Places to go in 2017, Jamaica’s music industry is getting bigger.

With February officially identified as Reggae Month and a host of reggae-themed activities now taking place, it seems that this is the ideal time to establish Jamaica’s own ‘Grammy Awards’ to celebrate the top Jamaican and international acts in all genres of Jamaican music, along with other genres of global popular music.

Currently, Jamaica’s Reggae Music only needs the validation of the American Grammy Award for commercial reasons, and there can hardly be any denial that in the end the award is primarily about the commercial success that accrues as a result.

Unfortunately, although Jamaica represents the spiritual home of the resurgent ska genre and the evergreen reggae music and to which all international musicians should pay homage to validate their authenticity, the cry is that foreigners are making a killing from our music and we are getting peanuts from our creation.

While acknowledging that Jamaica is blessed not only with great musical talents past and present, only Bob Marley truly realised the commercial validity of his genius and in a way that he has placed Jamaica on the global marketplace as the iconic reggae messenger.

On February 26, the Jamaica Reggae Industry Association will present the JaRIA Honour Awards. The list of honorees includes Carlos Malcolm, Chris Blackwell, Rita Marley, Half Pint, and the Melodians. Along with its open university panel discussions, and reggae-related symposiums, JaRIA holds that Jamaican music industry provides the greatest opportunity to transform the country.

Entertainment attorney Lloyd Stanbury in his book Reggae Roadblocks acknowledges that accurate data on the economic performance of reggae inside Jamaica and internationally has been very difficult to come by. He argues further that despite the efforts of entities such as the JaRIA, the reggae industry is still lacking the collective representation required.

A 2014 UK music study showed that in 2013 the music industry outperformed the United Kingdom economy by growing at 9 per cent, compared with the UK economy as a whole, which grew at 1.7 per cent. Stanbury is of the view that Jamaica’s inability to do similar music industry reporting is a significant barrier to development.

Mindful of the exceptional knowledge among our reggae musicologists, I nonetheless humbly make two recommendations.

First, JaRIA, which has been doing an exceptional job for our music, should go further by increasing the number of reggae music festivals in Jamaica.

When we consider that the non-copyright revenues from the global music industry is worth US$40 billion, Jamaica is very well positioned to exploit this aspect of our music. Many experts assert that only the United States has contributed more to world popular music than Jamaica with its genres of mento, ska, rocksteady and reggae. Based on Jamaica’s huge reputation and reach in the global popular music industry, monetisation of even one per cent of this amount is US$400 million.

Second, JaRIA should increase the reach of its annual honour awards to include categories that recognise the best of Jamaican music from all contributors, wherever in the world they originate.

In the nature of things, in time, the JaRIA awards will assert its own reputation to rival that of the American Grammy Awards. The long-term impact of that event could provide huge value to our economy.