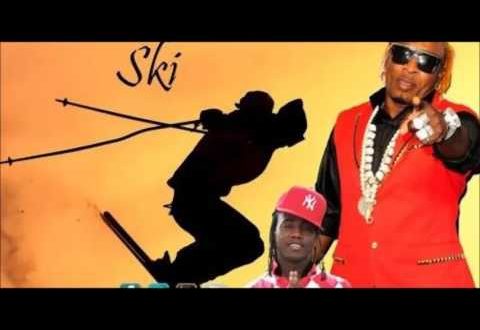 In an interview with the Observer Elephant Man and Kiprich explained how they came together and recorded the song for the new dance ‘ski’ that is presently making waves across the dancehall fraternity.“I was at the studio and I already had a rhythm called Memory Lane, which I was going to voice on for Stephen McGregor, a song about Bogle and every dancer, John Hype, Kevia and so on. But Q45 had been telling me about a dancer called Ski, who had a new dance that was mashing up the dance, but I never did the song because I felt someone else had probably done it already,” said Elephant Man.

“But destiny is a hell of a thing because the other day when I was up by Big Ship, Kiprich was there with Sher Rumbar and Chin. Kiprich come check me inna the studio. We start talk bout dancehall music and the girls dem remind me about the Ski dance, dem say it different and it will work. Me and Kiprich ah bredrin long time, so we build it on spot and record it,” he adds.

“It was great teaming up with Elephant Man again to do a song. It was almost 13 years since we did Jook Gal and it come in like, me and him have a chemistry when it comes to making hit songs,” Kiprich said.

In the meantime plans are already on the way to shoot a video for the song.