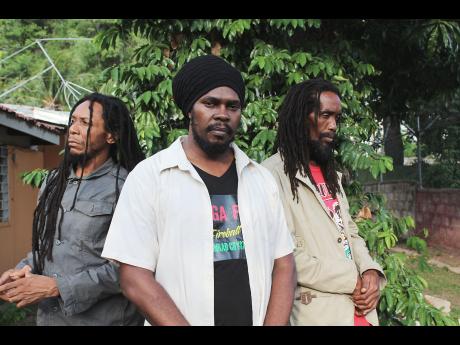 The Fireball Crew, comprising veterans Conrad Crystal, Zareb and Sugar Roy, is pleased with the success of their album, ‘Honouring the Kings of Reggae’. However, the group believes artistes should make good music without putting too much emphasis on sales.

The album has sold 1,800 copies since its release in November last year. While sales have been meagre, publicist for the reggae trio, Luxsuko Campbell, believes 1,800 records sold is not a bad start.

According to Campbell, music is not selling globally, therefore any form of sale is a plus.

“We are not getting much sales due to free downloads. A local artiste did not even sell 10,000 copies. So, for the Fireball Crew to sell 1,800 it is not bad, given that we have had little promotion and we are not signed to a major label. What you are seeing here is the result of hard work and good music, backed by talented people,” he said.

“The album is available in all major forms so far, and we are looking into the possibility of going vinyl. But just to make this clear to other artistes, you can’t watch sales when you are doing music. Just put in good work and let it speak for itself.

Since Reggae Month, we have seen major improvements in sales, and we are looking forward to even more sales over the next few weeks,” Campbell said.

The production team for ‘Honouring the Kings of Reggae’ include Leroy Moore for Fire Ball Records, I.M. G Records, Ice Crush Music and Marvin Lattiboudair, while the final mixing was executed by the iconic Bobby Digital and Cegrica Hamilton