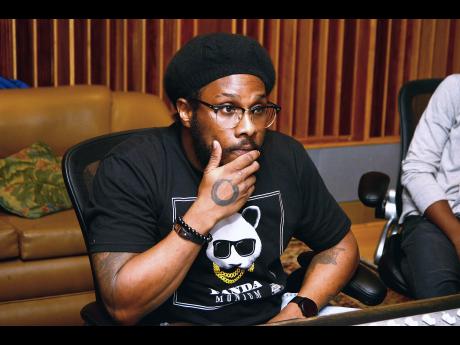 Dancehall producer Anju Blaxx is warning persons against purchasing a Mac computer from persons who cannot provide sufficient proof of ownership. Anju Blaxx’s car was broken into on Perkins Boulevard, St Andrew, recently, and the computer was stolen.

The producer said the computer has thousands of important files stored on its hard drives and he simply wants to have it returned.

Anju Blaxx is also asking that persons to ignore anybody who makes an attempt to sell them a Mac computer. He said the device is secured and will be useless to anybody who purchases it.

“Don’t buy the laptop, because if you go on the Internet with it , Digicel or Flow will find out your location and the police will come for you.

That computer has a unique Mac Internet system, so once you go online, we will find you,” he said.

The producer also said the computer is worth less than the $200,000 reward money he offered for its return.

Therefore, he said it would be a better business decision for the culprits to return it. The producer has reported the matter to the Duhaney Park Police Station. He also said persons can drop off the bag at any police station or call his manager at 898-4311.