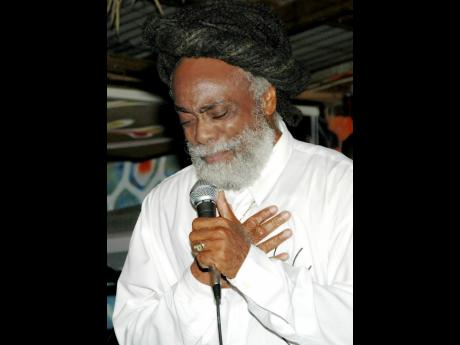 Veteran reggae artiste Phillip Frazer blames the name ‘dancehall’ for the marginalisation of reggae music in the dancehall space.

According to the artiste, once persons started referring to the uptempo Jamaican beats as dancehall, reggae gradually found itself being pushed out of the space which was once its home.

Frazer, who is currently promoting a new album, I Who Have Nothing, says he doesn’t dislike the dancehall genre, but believes a more neutral name would have served all Jamaican genres better.

He thinks the youth have grown with a misconception that because the venues are called dancehalls, that automatically means the dominant genre has to be dancehall music.

“I don’t know where dem get it from, but if dem wah hold it suh, dem can hold it suh. But inna my view, I can’t see it like them. We used to sing inna dance and we never call the music dancehall. The music is roots rock reggae,” he told THE STAR.

“This business comes from ska, mento, rocksteady and then reggae became the heartbeat. This madness weh yuh see dem a gwaan wid, it’s just a beat one man a play so it has no feeling. How can you take the name of a venue and call it a genre? Dancehall is a venue whether it’s Skateland, Gemini, among others. Dancehall is a space, and when you go there, you hear all sorts of music, and that is how it should be.”

The veteran artiste and producer also said it is ironic how the same venue dancehall which was used as a means to promote Jamaican music after being sidelined by classicist radio stations in the earlier days, has now limited its support of reggae.

“When we went to the dancehall back then, it played all types of genres and we never once called any of the genres dancehall. So how now all of a sudden they feel like to call a genre dancehall? This thing weh di youth dem come and brand the music as dancehall, I see it as madness. Our thing is roots rock reggae. Bob Marley never seh dancehall. It’s better dem did give it another name instead of call it dancehall because it a cause pure confusion. See man all a jump from roof on top of woman now,” he said.

PERFORMING IN THE DANCEHALL

Frazer, who also worked with Sugar Minott during his prime, says Minott was not promoting dancehall as a genre, but was instead delivering live music in the dancehall space.

“We never seh wi a do dancehall music. We were singing live in the dancehall over rhythms on sound system. A Sugar Minott start that. But it’s easier to say he supported the sound system culture than a dancehall genre, so to speak. Sugar Minott used to have a sound name Black Roots, and a deh suh the thing start grow,” he said.

Frazer also believes foreigners do not respect dancehall as a genre, which is why there is no category for dancehall on the Billboard or Grammy portfolio.

“Why yuh think dem give them dancehall artiste reggae Grammy? Where is the dancehall Grammy? So, even the foreigners realise,” he said.

Contemporary dancehall producer Hitmaker, however, disagrees. While conceding that reggae was indeed marginalized in the dancehall space, he claims this is only so in urban areas, as reggae still gets its fair share of play in rural parishes.

“There is no rule that says reggae cannot be played in dancehall. The rural areas play a lot of reggae music more than urban because the urban areas follow the hype. There is no need for a next name. Dancehall is a genre, and at the end of the day, we as artistes still consider the venues as dancehall. This is why when we are going to the weekly events we say we are gong to the dancehall. For example, the Boasy Tuesdays, The Weddy Wednesdays, etc,” he said