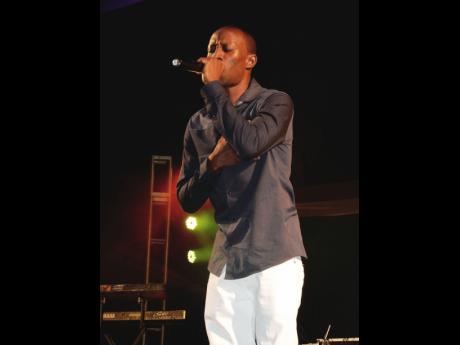 Christopher Ellis, son of the late rocksteady great Alton Ellis, was born and raised in London, England. He has already made the rounds as a singer, taking to stages in Europe and doing sold-out shows in Japan.

Now Christopher has his sights set on Jamaica to create his own legacy. “My father got approval from the people, and for me, personally, that’s one of my goals,” Christopher told The Gleaner. “I’m in Jamaica now because it’s really important to me to be recognised by the Jamaican people. It means something to me so much, I’m always here trying,” he said.

“When a Jamaican say the word ‘buss’, that’s what I really want,” Christopher said.

“In the UK I’m no longer fighting with the Alton Ellis thing. I’ve outgrown that now,” he said. “When my father passed away, I realised that music is what I wanna do.”

Though he has achieved international recognition, Christopher is determined to impress the Jamaican people. “I’m kind of obsessed with the idea. It’s just approval and calibre and top quality. These are people who have approval from the people. It would mean the world to me to have some say ‘yeah, man, this a real yute, him buss.’ The fans won’t give it to you unless they feel like you’re really good. It’s important to me to solidify my career and stamp my name in Jamaica, like the Romaines, the Jah Cures and the Chris Martins … If it was a money thing, I wouldn’t be here,” Christopher said. “I would go to California or something. That’s where it is.”

“Right now, I have a new song called Here We Are, produced by Stephen Marley. It just came out in the UK and it took off straight away, with great reviews from David Rodigan, Commander B, Daddy Ernie … I have faith in this one, like we’re gonna do really well with this one,” Christopher said.

Here We Are is the first single from an album the singer expects to hit the shelves by the end of this summer.