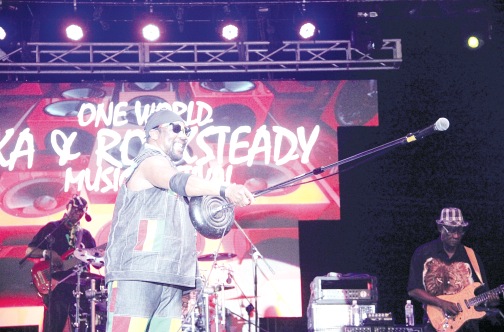 Reggae veteran Toots and the Maytals is among the acts listed for the highly anticipated 2017 Coachella Valley Music and Arts Festival on April 14-16 and April 21-23 at the Empire Polo Club in Indio, California, in the United States.

This year the popular festival is being headlined by megastars Radiohead, BeyoncÃ© and Kendrick Lamar. Toots, who last appeared in Jamaica at the inaugural One World Ska and Rocksteady festival in November and a week later at Third World Under The Stars, is being billed as a pioneer artiste, which is a feature of the festival and is being hailed for his instrumentality in popularising reggae music in the 1960s.

Festival watchers are hailing the line-up is historic in several ways. BeyoncÃ¨ is just the second woman to headline Coachella (following Bjork in 2002 and 2007) and the first African American woman. BeyoncÃ¨ has made ‘surprise’ guest appearances with her husband, Jay-Z, and her sister, Solange, but this will be her first full set at the 17-year-old festival.

This also will be Kendrick’s first Coachella-headlining appearance, even though the festival has helped him become arguably the premier hip hop artist of this decade. He gained national prominence with an afternoon set on the main Coachella stage in 2012, followed by a surprise appearance the next night with Snoop Dogg, Dr Dre, Eminem and the famous hologram of Tupac Shakur, which helped build Kendrick’s stature as the next big thing to come out of Compton. He also appeared last year with Compton artiste Ice Cube.

This will be Radiohead’s third headlining appearance. The critically acclaimed British group helped the festival ascend to international heights with a strong performance in 2004, following the reunion of the Pixies. Radiohead returned as headliners in 2012.