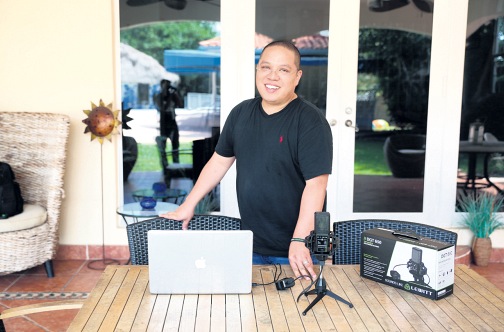 Johnston, who has made a name in Latin music circles, produced two tracks – Amor Prohibido (featuring Sean Paul and Konshens) and Me Enamoras.

Supa Dups, who has worked with Eminem, Nina Sky, Shakira, SOJA and Usher, co-produced I Can’t Forget You and

Nicky Jam (real name is Nick Rivera Caminero) was born in Boston to a Puerto Rican father and Dominican mother. His family moved to Puerto Rico when he was 10 years old.

His debut album, Distinto A Los Demas, was released in 1995 when he was 14 years old. To date he has released six albums.

Fenix is his first batch of new songs since 2007’s The Black Carpet.

Fellow Latin stars J Balvin, Daddy Yankee, Wisin and Enrique Iglesias are on Fenix, which has already produced hits in