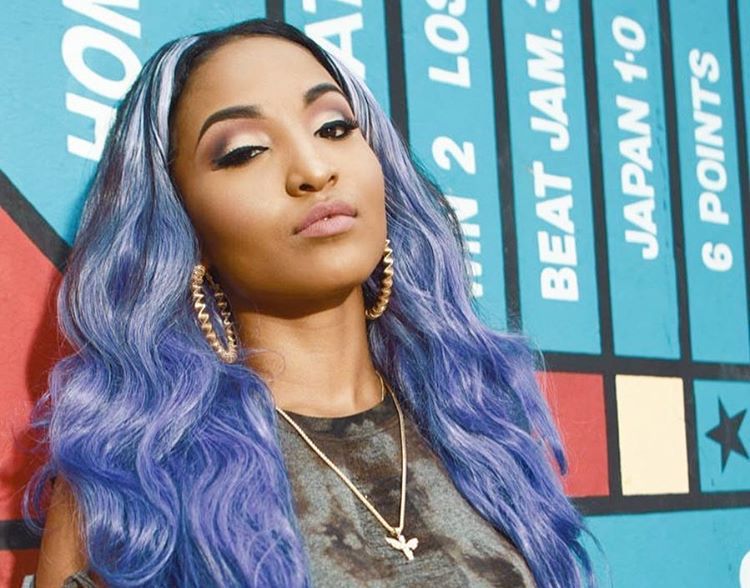 The Romeich Entertainment deejay sat down for an interview with Winford Williams of OnStage where she opened up about her breakout collaboration with Vybz Kartel and her rise to dancehall stardom last year. She revealed that her team was contacted by the song’s producer So Unique Records for a feature with Kartel and she jumped at the opportunity.

“I must say I gained a lot of fans as well as haters,” she said. “But I thought I brought something different to “Loodi.” Everybody out there that didn’t see me before was wondering who is this girl? Is this a new Gaza girl or something? How she look so. From you do a song with Kartel everyone rank you as a Gaza, but really and truly I do represent Romeich Entertainment.”

Her interview starts around the 33 minute mark.

Shenseea signed a management deal with Romeich Major last year may and after that she inked a promotional deal with VP Records. But before stardom, she revealed how social media helped her to get exposure and was the reason why Romeich discovered her. “VP records of course is helping me to market them even further,” she said. “I am learning about VP and they are learning about Senseea.”

The music video for “Loodi” has already rocked up 5.5 million views on YouTube since releasing in November last year and growing rapidly. He debut single “Jiggle Jiggle” is also getting some positive feedback among dancehall fans.