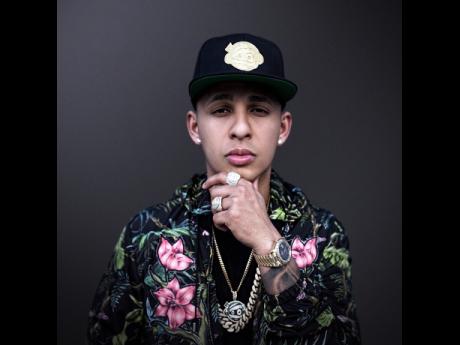 Rvssian celebrates being credited as a songwriter for In My Foreign, produced by EDM DJ trio, The Americanos, featuring the vocals of American rappers Ty Dolla $ign, Lil’ Yatchy, French Montana, and reggaeton artiste Nicky Jam.

“I was brought into the situation through Nicky Jam so I haven’t met The Americanos, but we worked on the track through Nicky,” Rvssian told THE STAR.

Best known for his work with the popular incarcerated dancehall artiste Vybz Kartel, Rvssian was recently featured in THE STAR holding his second Platinum record as a producer for work done on the Kevin Gates album, Islah.

Islah, which debuted at number two on the Billboard 200 album chart, contains 15 tracks, including charting singles Really Really and 2 Phones.

The release followed a number of chart-topping singles, including The Truth, on which Rvssian is credited as the sole producer.

“Even though I’m doing a lot on the international scene, I have 10 new dancehall songs coming out between now and the next two months,” he said.

Rvssian divulged that the music video for Don’t Come Back by reggae artiste Tarrus Riley will be released next week, and is yet another project he has worked on as producer.

The official music video for In My Foreign premiered on January 6, in anticipation of the film’s January 19 release.