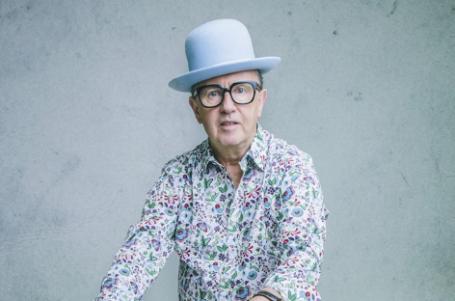 The book documents Rodigans’s four-decade relationship with reggae music and follows the path from his Oxfordshire roots to becoming a world-renowned pioneer of the genre, who’s earned the respect and adoration of fans, far and wide. At the age of 65, he continues to perform at festivals and parties all over the world and in addition, presents shows on BBC Radio 1Xtra and BBC Radio 2.

Rodigan was appointed Member of the Order of the British Empire (MBE) in the 2012 New Year Honours for services to broadcasting.

In a Facebook post, he states: “I was frequently told by artists that I needed to ‘write it down,’ not just for myself but for the music, to document the journey and the sounds we’ve come to love”.

And continues: “I’ve always been a champion for the artists and the music, but it was never really about my journey. However, over the years, my story has entwined with reggae as has my relationship with the culture and people of Jamaica.”

My Life in Reggae is out on March 20. An official launch and tour will run throughout the duration of the month in London, Bristol, Liverpool and Glasgow. The tour will feature Q&As and sets from guests including Jazzie B and Massive Attack’s Daddy G, while Rodigan talks the audience through his extensive (!) dubplate collection.

Watch clip (below) to see David Rodigan in action on a BBC Radio 1Xtra live set: