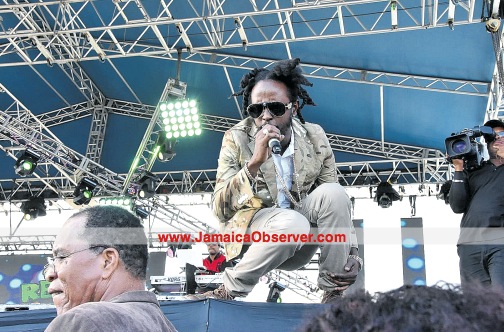 POPCAAN is gaining some international attention as a featured act on British DJ/producer Naughty Boy’s Should’ve Been Me, which also features singer Kyla.

Should’ve Been Me was released in November via Virgin Records UK. It has so far reached number 73 in the UK (up from last week’s number 99 position); 47 in Scotland, 78 in Ireland, 27 in Hungary, and 35 in Belgium.

This is the fourth UK charting single featuring Popcaan. He was previously featured on Jamie XX’s I Know There’s Gonna be Good Times, Aluna George’s I’m in Control, and Melissa Steel’s top-10 hit Kisses for Breakfast.

Popcaan won the Best Reggae Act award at the 2016 MOBO Awards in the UK.