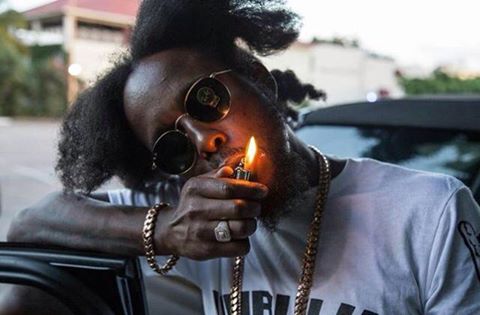 Popcaan has hit the ground running this year being the most active dancehall artiste in 2017 thus far. He has already release four songs in the first week with one of that titled “Stray Dog,” where he throw jabs at Alkaline.The “Unruly boss”, who back in November of 2016 won the MOBO for best Reggae Act of the year for the second time in two years beating out his rival Alkaline among other artistes to claim the award. There is no doubt that Popcaan has been seeing great success locally and internationally over the last few years, scoring major international collaborations with the likes of Drake and Young Thug.

Provided that his start to 2017 is an indication of what to expect in coming months then his fans can brace themselves for even greater things from the deejay. With “Stray Dog” already an anthem the “Unruly Boss” have also release songs such as “It Real” where he sings about bad mind and fake people.

The “Unruly Boss” also did a collaboration with Versatile titled “Gwaan Out Deh,” where he encourages the youths to “gwaan out deh and no mek dem hold dem back.” He also did another collaboration with Jafrass & Quada titled “Unruly Camp” where they seems to be taking jabs at other deejays.

Following his 2016 awards, Popcaan is anticipating further accolades this year as he is nominated in six categories for the 10th annual Youth View Awards (YVAs). The awards is scheduled to take place at the National Indoor Sports Arena in St Andrew on Saturday, February 18.

Here are the songs Popcaan drop since 2017…

Source: Popcaan is currently the most Active Deejay of 2017 |