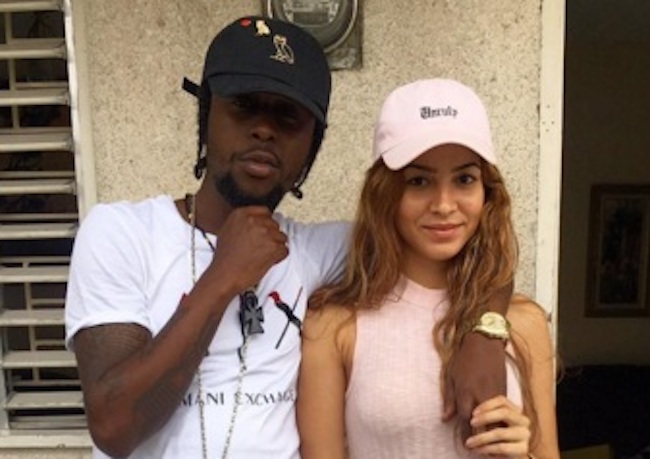 The track was produced by UIM Records, who produced several hit singles for members of the Gaza including Vybz Kartel and Tommy Lee Sparta. “When yo love somebody, yo no give it up easy / When yo love someone, have a dance with me baby / Take a break from work now, me want yo tell me how yo feeling / For once in your life be real,” Popcaan deejay.

“Addicted like music, attractive to me / Addicted like Hennessy, Addicted like weed,” he sings on the hook. The song come at an interesting time for the Unruly Boss deejay who has been getting hammered by Alkaline with back to back diss records triggered a flood of memes on social media. A rep for the producer behind the single told Dancehall HipHop that the song was leaked online prematurely.

Popcaan has been dating Kavell Keir since 2015. She is of Trinidadian and Canadian descent and was married to soca star Machel Montana.

Listen to preview of Popcaan new single “Addicted” below. The full song is coming soon.