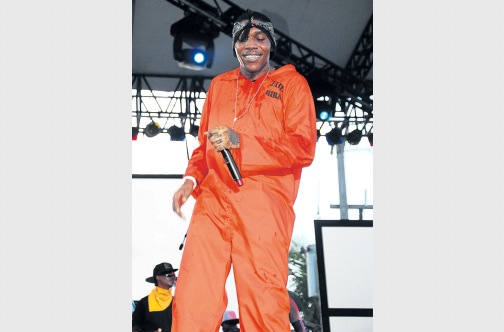 VYBZ Kartel’s King of the Dancehall album is the top-selling dancehall title for 2016. Based on figures obtained from sales tracker Nielsen Music, the album has sold 3,800 in the United States since its release on June 10, 2016.

Produced by Linton “TJ” White (TJ Records), the 22-track album debuted at number two on the Billboard Reggae Album Chart in June, with first week figures of 1,867 copies. It is the sixth title from the incarcerated deejay to hit this chart.

Vybz Kartel (given name Adidja Palmer) is currently serving a life sentence for his involvement in the murder of Clive “Lizard” Williams. Currently being housed at Tower Street Adult Correction Centre in Kingston, the deejay will be eligible for parole after 35 years.

King of the Dancehall finished the year as the number 13 top-selling overall album on Billboard’s top reggae albums for 2016. It features songs including the chart-topping Fever, Western Union, Hey Addi, and Which Friend.

Billboard magazine writer Rob Kenner listed King of the Dancehall as his number one reggae/dancehall album for 2016.