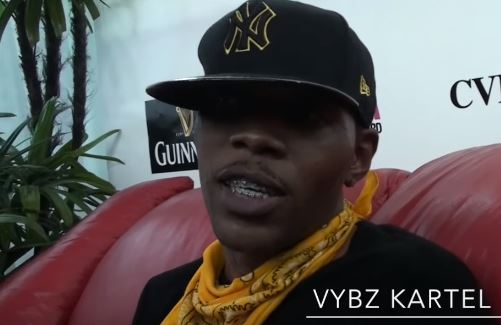 It has been five years since the incarceration of Dancehall mogul Adidja Palmer (Vybz Kartel) and yet somehow he still manages to stay current and ruling Dancehall. Is Vybz Kartel recording in prison? This is the question that the World has been asking for many years.In an exclusive interview with Rolling Stone conducted through his lawyer, Tom Taveres Finson, Vybz Kartel denied that he is recording in jail and revealed the secret behind how he manages to stay current in Dancehall.

“I’ve always been a prolific songwriter, and I record at breakneck speed as well, so I have a lot of surplus material to choose from,” Kartel told Rolling Stone. “There is a recording studio at another correctional facility [in Jamaica] but none here … cellphones, laptops, or any Internet-capable instrument are prohibited items.”

However, since his move to the General Penitentiary back in November of last year many viewed it as a move for the Dancehall super star to start recording in prison largely because of the availability of a studio there. This may prove to have been the case as evident in a recent song released titled “Portmore City to Up Town” where the “World Boss” confirmed that he is indeed recording from behind bars.

In a verse off the song he sings “when niggas a pressure mi girlfriend through mi deh behind bars in a d general pen” to which she responds “Adi yo see Gary disarmed the ozzy through yo deh a jail him a look mi a p***y.”

The “General pen” is the General Penitentiary or the Adult Correctional Centre located on Tower Street where prisoners are held.

Source: Kartel tells us again that he is recording in prison |