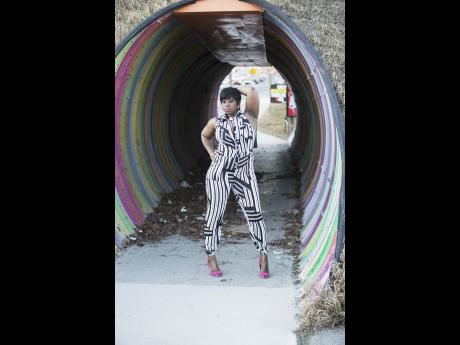 Canada-based reggae artiste Kae Music is seeking to make her mark in the music industry with the release of her song ‘The Struggle Is Real’.

The record tackles several issues in society, and according to her publicist, Luxsuko Campbell, there is a gap for socially conscious female artistes.

The record is featured on the ‘Hard Drugz’ rhythm compilation, and was mixed and mastered at Fulla Sound recording Studio.

“The music industry is saturated with one kind of content. It’s mostly sex, sex and occasionally violence. So, it is refreshing to see a singer who chooses to dabble with some real conscious messages because Jamaica needs to hear that from somebody. It cannot always be sex and more sex when there are more pressing issues affecting society.

The publicist also believes the industry needs another powerful woman.

“We have Spice doing her thing. But on the conscious side we need more like Queen Ifrica and more Etana. Reggae music would not be what it is without Marcia Griffiths, Judy Mowatt, Sister Nancy and those women, so Kae Music is working overtime to fill that gap,” Campbell told THE STAR.

“It is not easy to develop a fanbase in Jamaica while residing overseas. But we have seen people like Don Andre and Kranium do it, so we are up for the task. We just hope the media latches on to this as how they love negative music.”

The Struggle Is Real is based on current issues affecting the world.