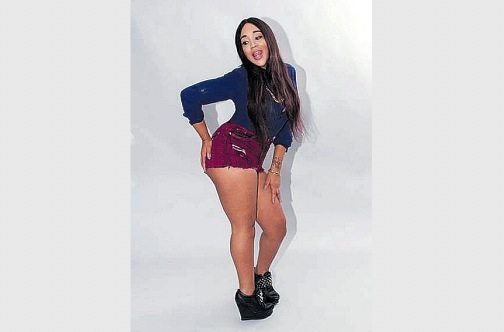 Dancehall artiste Tifa is no stranger to the Youth View Awards (YVAs). She has been one of the leading awardees since its inception in 2007. The artiste, who this year has been nominated for Local Female Artiste of the Year, believes that the show is important to Jamaica as it is the only award ceremony of its kind.

“It is such a great feeling to be nominated; it shows that my work is being acknowledged and when you look at it, this is really the only award show in Jamaica so it’s a great feeling,” Tifa explained to the Jamaica Observer.

Last year she won the award for Best Collaboration for the single Jealous Ova with dancehall artiste Dexta Daps. The YVAs will be held on February 18 at the National Indoor Sports Centre.

Other female artistes nominated this year are Ishawna, Spice, Sheensea and Vanessa Bling, but Tifa feels no pressure as she believes that her work stands out.

“There can only be one Tifa. Some artiste aguh create excitement but each artiste is unique in their own way, so it’s up to you to do the work,” she stated.She said that 2016 was a good year. The single Big Bumper was added to the BBC Radio 1’s playlist. She was also given Artiste of the Month by UK’s Flames Radio and listed in the ‘25 Artistes to Watch in 2016’ by Fader magazine.

“I did a lot of travelling in Europe and my Pink Bubble Gum flavour for Bigga has been doing so great they barely stay on the shelves. The remix to Big Bumper with Fayann Lyons is also out now, “ the artiste noted.

For 2017, Tifa plans to release more singles and hinted at an international collaboration. The artiste, who rose to fame with her hit Spell It Out in 2009, believes in remaining consistent and relevant and plans to “step up her presence” with the use of social media.

“Look at RiRi. Every time she comes out with a new album she looks different — haffi balance the ting so you’re relevant to all ages. That is a key element — switch it up a bit.”