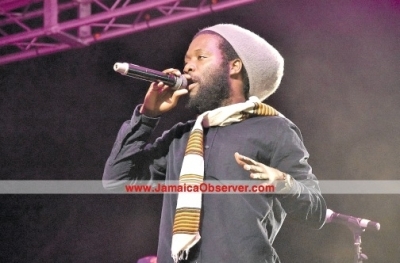 According to the artiste, considering everything that transpired in the hours leading up to the festival, he is satisfied with the event’s turnout — held to raise funds for the Linstead Hospital.

“As a promoter, I am always looking for the venue to be filled to the max, with people waiting outside to get in, and all these nice things. But I have to say I was comfortable with how the event turned out. We had heavy showers just before the event, and for people to come out after that I am still grateful. This is only year two of the event and I am seeing so much growth that I have to be pleased,” he told the

Iba Mahr further explained the event’s objective is really two-fold: raise much-needed funds for the hospital, as well as bring some of the popular acts to perform in a community such as Linstead.

“We have a plan, and part of that plan is to preserve Jamaican music and festivals of this nature. So I have to thank the people who turned out, the community and the sponsors, as well as the artistes who performed without asking for anything in return. The event is first and foremost for the people of the community and I was pleased to have brought it to them,” he said.

He said there are aspects of the show which will have to be tweaked, such as not starting on time; however, a date change from December 31 is not on the cards “unless the people tell him otherwise”.

“Come this year, I will be making a commitment to the people to start on time. We did not live up to our promised six o’clock start time. We will have to work on aspects of stage management and get the artistes to do some longer sets. But, like I said, it is a growing festival, and some things will always need improving,” he added.