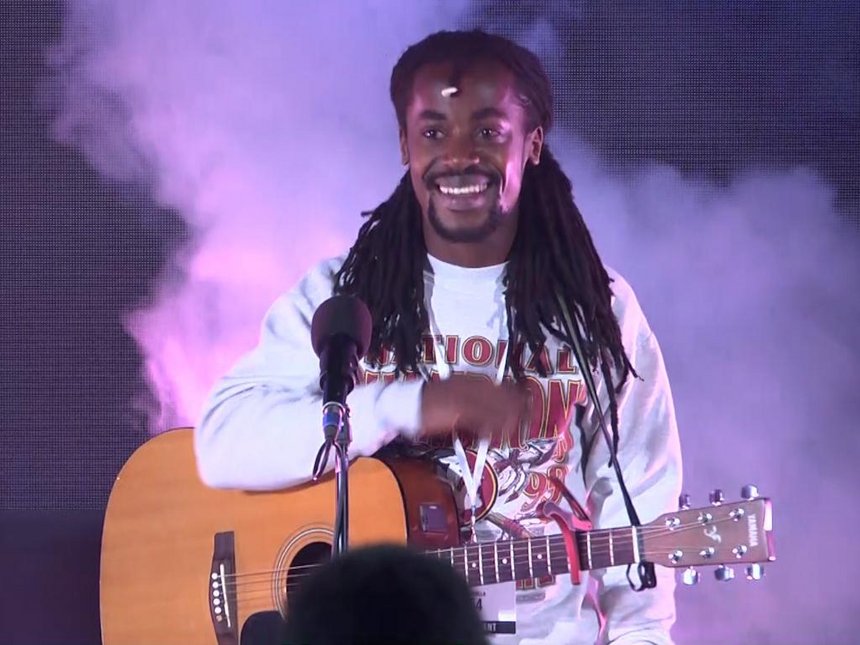 When music fans talk about reggae, there is something about the music that makes them light up! Africa seems to have a thing for reggae, producing some of the biggest stars in the music genre.

That is why when Said Abdalla, an aspiring musician from Mombasa, says that his role model in the music industry is Lucky Dube, then we know he is set for big things.

Lucky Dube was simply a reggae genius. He voiced deepest feelings of the black South African populace back in the 1980s, when apartheid was like a cancer eating away that land.

You need to listen to his lyrics keenly. A song like Prisoner captures the psyche of a people who were already too tired of living like they were in bondage in their own motherland.

Now, enter this young man, dreadlocked hair rests on his shoulders, and a cowrie shell bead hangs right on the forehead. He’s strumming his guitar like there is no tomorrow.

And when he sings, Said rocks his guitar, savours his lyrics, eyes closed, as he belts out a deep soulful tune upon the microphone. Clearly, he looks like he has been in this business for a while.

Said is among contestants in The Search, a reality music talent journey that is packaged in a weekly program. The big goal is to get a new music great out to the world. The show airs every Sunday night from 8 PM on Kiss TV.

Born and bred in the coastal city of Mombasa, Said’s interest in music began back in primary school. Hear him:

“I started singing while in primary school, and in Madrassa singing Arabic Qasuida songs. I came to Nairobi for my secondary school education. That is when I joined the school music club and since then I have been singing.”

Said wants to be Africa’s best renowned musician, and who knows, Kenya could now be home to the next Lucky Dube!

Indeed he has a chance in #TheSearch, where he is among contestants in the competition. You need to watch the Sunday night show, and help Said win by texting your prediction of a winner to 22494.

Source: Could Said Abdalla be Kenya’s Lucky Dube? Watch The Search to find out! | The Star, Kenya