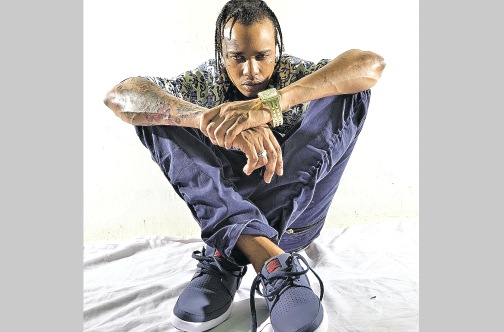 TOMMY Lee Sparta is once again wanted by the St James police.

According to Senior Superintendent Marlon Nesbeth, who is in charge of the St James Police division, the entertainer is named as a person of interest in the ongoing violence in sections of Flankers in the parish.

“According to information that we received, Leroy Russell (Tommy Lee Sparta’s given name) has influenced the violence in Flankers, namely Central Avenue, and is quite integral with his involvement on these matters. Hence, the reason he is a person of interest,” Nesbeth told the Jamaica Observer.

Up to press time yesterday, Tommy Lee Sparta was yet to report to the authorities for questioning on the matter.

Last year, police statistics indicate more than 200 people were murdered in St James.This marks the second time in six months that the singjay is named as a person of interest as it relates to shooting incidents.

Last June, he was sought by members of the Elleton Road Police Station in Kingston about a shooting in that division. He was later questioned and released.

A year earlier, Tommy Lee Sparta was barred from performing on Dancehall Night of Reggae Sumfest and in the Area One Division by the police. Area One comprises St James, Trelawny, Westmoreland and Hanover. At the time, Senior Superintendent Steve McGregor, who was in charge of Area One Division, said Tommy Lee Sparta’s name was linked to violence in Flankers and surrounding communities.

The Gothic singjay is known for songs including Psycho, Spartan Angel, Soul Reaper, and Darkness Rise.