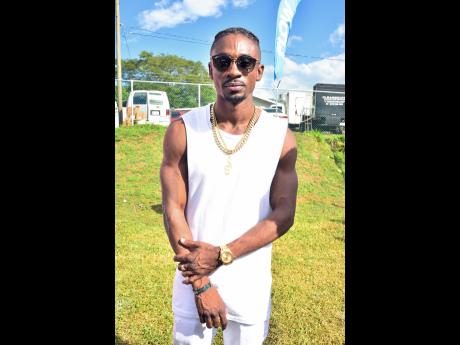 The song’s producer, ZJ Chrome, announced the achievement on his Instagram page, claiming that the 10 million streams is a record for artistes of the genre.

“Congratulations to @iamchrismartin who just made #Reggae history as his song Paper Loving has over 10 million streams on #Spotify … big up mi bredda @zjchrome who produced the track …” the disc jock posted under a short video of the Spotify page showing the streams.

Martin, who has over the past decade cultivated a solid international audience in sections of Europe, the United States, Africa and the Caribbean, said the mark is testament to his growing popularity.

“People all over the world love my music,” he told THE STAR. “The magnitude of love and appreciation in this case was quantified, and over 10 million speaks volumes to me that quality music will never fall on deaf ears.”

He added that his success also represents the genre’s success.

“This is not just one for me and ZJ Chrome, but also for my culture and an art form that I love very much, reggae music,” he said. “This is just the beginning, there is so much more to be accomplished.”

“I am excited. It is a big deal. When you labour and see results of this magnitude, it is very encouraging. This happens at a time when Chris’ album Big Deal is up for pre-order on iTunes and will be released soon,” he said.