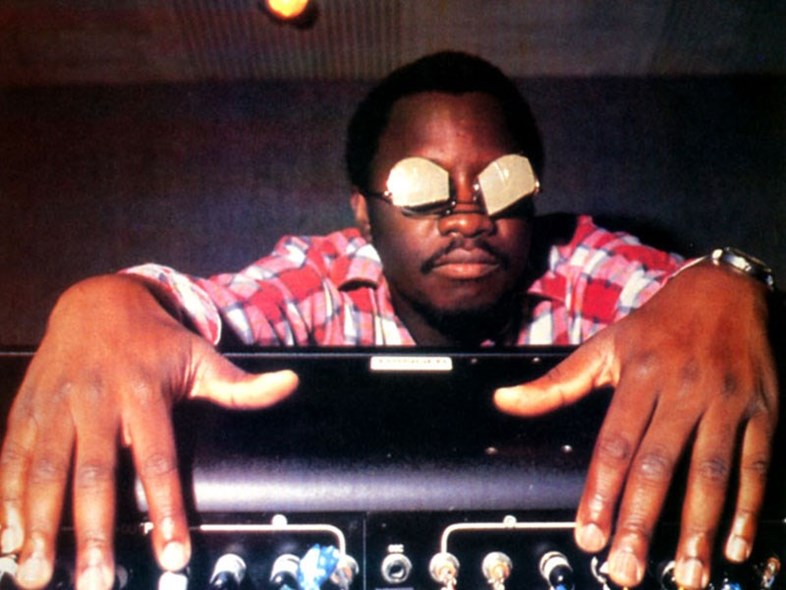 From the outskirts of Kingston town, to basements in Bow and bass-vibrating dancefloors of Helsinki, sound system culture has blossomed with earth-spanning, multi-genre warping influence. The DIY beats and lyrical backflips presented to crowds gathering in parish halls and living rooms alike continues to reach across the decades.

‘Blues’ parties pumped all night long through the 50s and 60s as West Indians settled in west London. The acid-tongued fast chat spat by the Spartan-like Saxon, a Lewisham-based sound system home to the likes of Tippa Irie and Papa Levi, became a prominent aspect of their 80s movement, while Jah Shaka championed the spiritual roots reggae sound in the south of the capital. Later, Wiley and the Roll Deep crew cast the pivotal sound of grime in bedrooms, basements, pirate radio station hubs and clashes in E3. The collectives of Bristol, London, Glasgow and elsewhere in the UK proved groundbreaking.

Outlook is the Croatian festival championing the legacy and future of sound systems across the world. Now celebrating their tenth year, they’re bringing together their orchestra and the scene’s biggest MCs, vocalists and producers that drove hip-hop, reggae, dubstep and more.

Here, we ask some of those pivotal figures for a peek at the culture through their eyes. Jehst, the English rapper and founder of hip-hop label YNR Productions, Outlook’s founder Noah Ball, the giant reggae producer Mad Professor, Outlook Orchestra’s Ruby Wood, Jamaican reggae legend Dawn Penn and garage and grime godfather Killa P. They take us through the tracks that define the sound system culture and community they know and love.

“THE ORIGINAL WAY” – BOOGIE DOWN PRODUCTIONS

“I was thinking about Coxsone, King Tubby, Joe Gibbs, Lee Scratch Perry, Scientist – the true originators of the sound system ‘sound’ as we know it – and this hip-hop track from 1992 just jumped in to my head. It opens with KRS screaming out ‘I’m a DJ – I need vinyl!’ then drops into a classic dub sample (which I won’t name here!) before turning into a raw breakbeat with KRS and Freddie Foxx passing a dusty mic back an forth. It sums up so much of what sound system culture is all about and epitomises how the sound system culture of Kingston, Jamaica directly gave birth to Hip Hop in The Bronx, New York – and continues to shape and influence it’s growth to this day.” – Jehst

‘I’m always surprised how well this track works when we play it out live as the beat is so slow and empty. But I think it’s the fact that the groove, tempo and deep bass-line mean it has the same kind of effect on the crowd as a heavy dub tune does when it’s played loud over a P.A. system – rhythmic hypnosis!” – Jehst

“A vocalist we would love to get on board with the orchestra. This track has all the right aspects for a heavy sound system number – great bassline, driving beat and a vocal that has everyone on the dancefloor trying (failing) to join in with. First came across this track on Coldcut – Journeys By DJ and it opened me up to a world of dub and reggae loveliness.” – Noah Ball

“This track carried itself (and Roots Manuva) out of what was at the time quite an insular UK hip-hop scene and thrust itself across dancefloors and sound systems worldwide. The bass line charges on and you see people’s shoulders drop as they roll with it. A proper anthem.” – Noah Ball

“This is the benchmark dub track that defined the genre. It was the track that made sound system play the B-sides before the A-sides.” – Mad Professor

“This is the track that exercises the relationship between music, technology and religion. Yabby You is the master of this genre.” – Mad Professor

“I’ve spent many an Outlook skanking to this tune with a rum and coke in my hand. This definitely represents sound system culture to me! Love Barington!” – Ruby Wood

“This was one of the first songs we performed live and I loved the live effects Dom Ruckspin created on this tune in particular. It’s become quite an Outlook classic in my mind.” – Ruby Wood

“The two tracks I would say that have surpassed the rest in the sound system culture, dancehall arena, would be my track, “No, No, No Can’t Test” (I own 100 per cent) and Sister Nancy’s “What A Bam Bam”. Why? They both stand out apart from the sound system playing, they have won in several clashes and dub for dubs too. The first dub I did was in Jamaica for a sound (system) in Port Antonio, and the one here in UK was Saxon (Sound). Some people want me to do their style so it sounds like Saxson’s. It’s all about the vibe, just singing what the person asks the best way you know how. My song won a clash in Jamaica December 2016.” – Dawn Penn

“It brings the dancehall element back to the grime with the vibe it gives the crowd, and then I bounce off that energy. I could go to a night suc at Swing Ting in Manchester where I’d hear “Skeng” or “Topper Top” then next I’d hear Ward 21’s “Bloodstain”! Tracks like “Skeng”/“Topper Top” have given producers a platform to tap into the sound system culture that maybe wasn’t necessarily accessible before.” – Killa P

“When it comes to sound culture, we definitely do not want an ice cream sound, we want a hardcore sound that knows what the people want; it’s not all about the DJ. Without bad boy dubs, a bad boy selector/mic man the sound system culture would be dead. You have to make that dub live on for 20 years plus… and not every sound can do it.” – Killa P