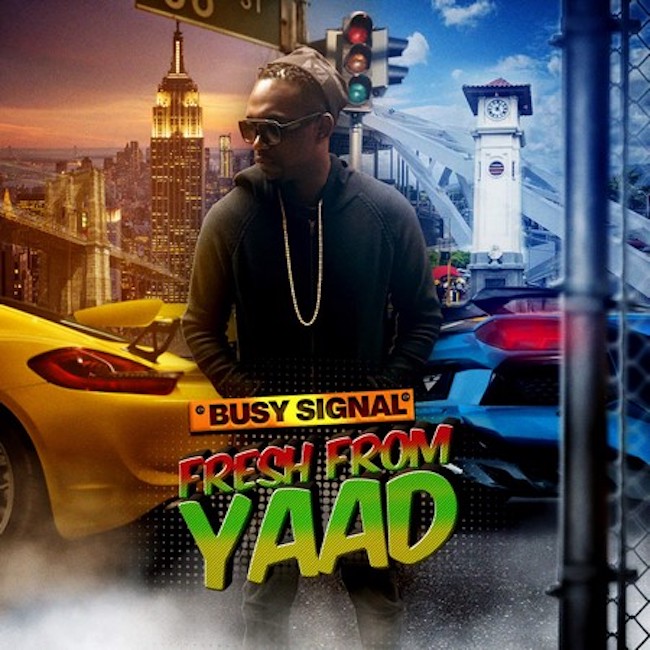 Busy Signal is back on dancehall airwaves locally and overseas with his new album Fresh From Yaad.

The project was released on January 24 on iTunes and Google Play. The new LP comes at a great time for the Turf boss when he just got back his visa and also heading on a major tour in Europe. At a album launch party in Kingston on Thursday, Busy Signal thanked his fans and those who helped him put the album together.

The Fresh From Yaad EP comes with 8 solid tracks showcasing Busy Signal’s place in Jamaican music as a dancehall lyricist. There are a lot of real talent in dancehall right now, but Busy’s lyricism and delivery makes him a true gem for the genre. The only guest spot on the project is from an artist by the name of Busy Singer.

Stream the album Fresh From Yaad below.