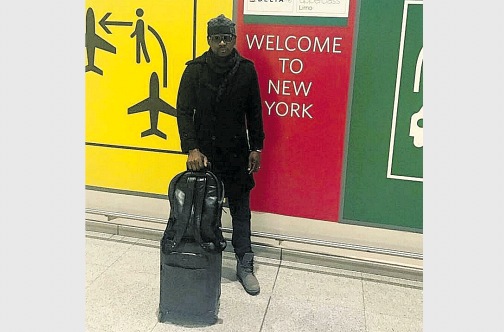 FIVE years after being extradited to the United States, dancehall deejay Busy Signal is back in that country.

The artiste took to Instagram to inform his fans of his return to the Big Apple yesterday.

“Fresh From Yard! THANKS BE TO GOD…. THANKS TO THE USA Fresh From Yard AFTER 15 LONG YEARS,” read the caption on his Instagram account.

The singjay also posted a video of himself at Whitestone Bridge in Bronx, New York.

“Guess who dem let in yah? It has been 15 years to this date. Give thanks to the USA,” he said in his video post.Busy Signal, given name Reanno Gordon, returned to Jamaica in 2012 after being extradited to the United States. He spent six months in prison on a charge of absconding bail for a drug-related matter 10 years prior.

The entertainer has since put the incident behind him and has released numerous hits including Watch Out Fi Dis (with Major Lazer), Professionally, and Text Message.

He also had several tours of Africa, Europe and sections of the Caribbean.

Source: Busy back in US – Entertainment – JamaicaObserver.com