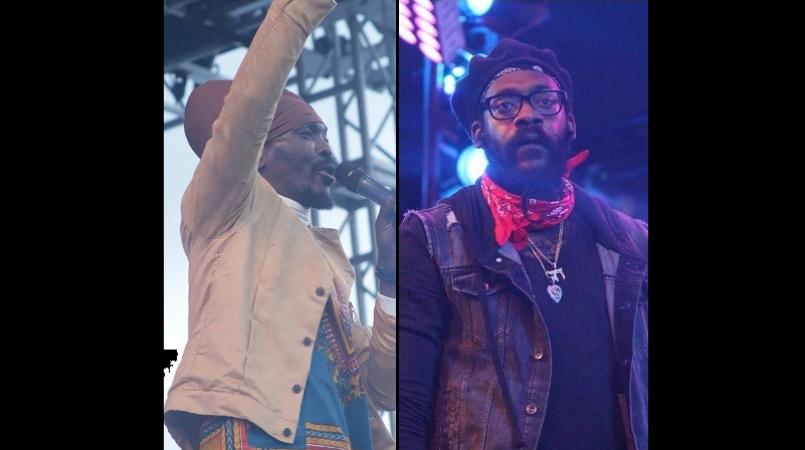 And now it’s the Rastas who have caught the ‘war fever’.

The reported war of words between the camps of Rastafarian artistes, Anthony B and singer Tarrus Riley, has now spilled over into musical rivalry after Anthony B released a single entitled Rasta Fake.

The single is recorded over a catchy dancehall rhythm and sees Anthony B throwing serious barbs at Tarrus Riley, where he questions his sincerity to the Rastafarian faith and accuses Riley of spreading rumours about him.

Things came to a head between the camps of both artistes at the recently held Rebel Salute reggae festival in St Ann. The dispute erupted due to Riley’s reported demand to be allowed to perform more than an hour after his original scheduled time.

The event was running late and caused a disruption in the running order.

An infuriated Riley entered the stage during the performance of Fantan Mojah and gave an impromptu set before  storming out of the venue.

Riley then posted a video on social media where he accused Anthony B of spewing disparaging remarks about his mother.

But the Fire Pon Rome deejay denied the allegations and denied even exchanging words with the Lion Paw singer.

On the Rasta Fake single, Anthony B is highly critical of Riley.

A hype up true him a get a license gun

Me nuh care dem a who fah son”

The single has been met with mixed reaction by some users of social media – some of whom were critical of the song and accused Anthony B of dragging the Rastafarian faith through the mud. Some of the comments read:

“Almshouse, War among the Rastas now?’

“ I thought he said he didn’t even see Tarrus?”

“This is bigger than Donald Dump swear in . Mix up mix up”

“It’s disappointing to hear this from a senior artiste who is Rasta.”