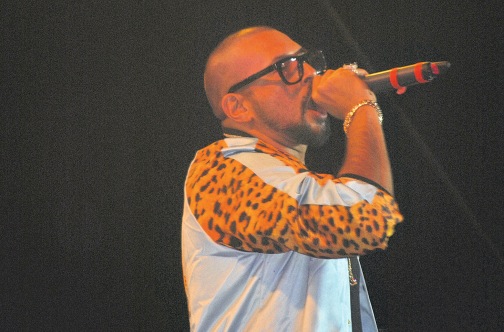 This honour came about after Grammy-winning artiste Sean Paul toured the institution in December and donated $1.5 million to its music technology programme.

Sean Paul said what impressed him most was the willingness and enthusiasm of the students.

“Also, those persons who are there daily, who give those kids some hope. I spoke to a few of the kids, who said when they first came to the institution they were all about ‘badness’. After the first term, they gained friends and badness was placed on the back burner. The programme is teaching kids a different focus in life and, sometimes, that is all it takes to make a very promising child that grows into a great adult,” he told the Jamaica Observer yesterday.

The money will be used to develop a new studio and rooms in the Music Technology Department. This center is expected to provide skills training for the students in media and technology.

“Music has done so much in my life, so my thought was to give back to a programme that is really doing positive things and one that has a great impact on Jamaica’s music history. It’s paying homage back to the roots. I think it is a great cause because I believe that children need something constructive to do with their time, and I was happy to give towards the programme. I really hope that I will be able to give some time to help develop it more. Anyone who can give their time and their effort, it is a great thing to do,” he said.

The institution is in its third year of offering music technology as part of its vocational programme.

“I have been successful and Jamaica is a very charitable place. There are a lot of people out there who need help, so on a daily basis, I do find myself helping people from all walks of life, whether it be music, time or money,” he said.

Alpha Institute (formerly Alpha Boys’ Home) was founded in 1880 and is seen as the cradle of Jamaican music. The Catholic-run institution has produced many musicians, including trombonist Don Drummond, trumpeter Johnny ‘Dizzy’ Moore, saxophonist Tommy McCook, as well as singers Joe Harriott and Leroy Smart, and deejay Yellowman.

Sean Paul won a Grammy award in 2004 for his set Dutty Rock.