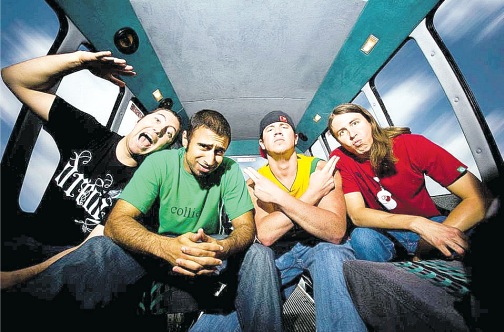 The nominations for the 59th Grammy Awards will be announced tomorrow in Los Angeles, among them Best Reggae Album.

Albums released during the eligibility period October 1, 2015 to September 30, 2016 are considered.

With some 149 titles submitted, possibly six will make the cut.

Released on June 3 by 87 Music/Easy Star Records, Falling Into Place topped the Billboard Reggae Album Chart with over 13,000 copies sold in its first week. Rebelution, from California, has toured the United States tirelessly and built a large following.

The group has yet to receive a Grammy nomination.

In contrast, Sly and Robbie have received several Grammy nominations. They won in 1999 for Friends on Elektra Records. Their latest effort hears the “Riddim Twins” collaborating with 2015 Magnum King of The Dancehall winner Devin Di Dakta and JL, a top-five finisher in the 2015 Digicel Rising Stars contest.

The eight-track album was released on September 23.

Formed in 1977, Israel Vibration earned their sole Grammy nomination in 2012 with Reggae Knights. Play It Real was released on December 4, 2015 by Media Com/VP Records.

Ziggy Marley’s self-titled set topped the Billboard Reggae Album Chart in May. It is the 48-year-old singer/songwriter’s first album in two years; as a solo act, Marley has won three Best Reggae Album awards, the last being Fly Rasta in 2015.

True To My Roots was released July 1 by Big Ship Music/VPAL Music and peaked at number eight. McGregor’s sole Grammy nomination came in 2003 with Anything For You.

Virginia band SOJA earned their first and only Grammy nomination in 2015 for Amid The Noise And Haste. They could be in the running for Live In Virginia which was released on September 30. The 14-track set is their third number one on the

Source: Who will make the cut? – Entertainment – JamaicaObserver.com