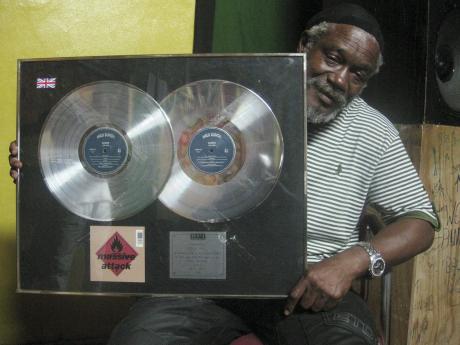 Horace Andy belongs to a fraternity of singers that made Studio 1 the University of Ska and Rocksteady music during the 1960s and early 1970s.

Entering the fray shortly after other stalwarts like Alton Ellis, Ken Boothe, Bob Andy, Delroy Wilson, Bob Marley, Peter Tosh, Bunny Wailer, Slim Smith and Marcia Griffiths, he managed to uphold the tradition of the institution with a multitude of hit recordings that made him a one-of-a-kind vocalist. He possessed perhaps the lightest voice that ever recorded at Studio 1, yet it was undeniably melodic. Because of the light texture of his voice, Andy at the outset repeatedly declared that he couldn’t sing and, in fact, didn’t want to go that route. His main aim then was to be a guitarist like Jimi Hendrix, who he claimed was his idol. To that end, he began to teach himself to play the guitar.

Speaking to Andy a few years ago, from his recently established recording studio on premises formerly occupied by the great record producer Duke Reid, along Charles Street in downtown Kingston, he told me how it all began.

“As a young man, I was playing the guitar because I wanted to be like Jimi Hendrix, although I used to sing. But I didn’t know I had a brilliant voice until people started to tell me; and my brethren Frank Melody from Wadada – it’s his guitar I learn from. After singing the first song in 1966, I realised that I couldn’t sing, so I had to go away and practise, then I went to Studio 1 in 1970 and that’s where everything started. But at first, when I went there, I still couldn’t sing. It took me three years of practice. My voice was so light, I had to go back to the workshop and start again from basic up to elementary, to college and to university. Cedric Brooks used to have me, Dennis Brown and others doing voice training. I used to hate it, but it worked,” Andy said. Notwithstanding the negatives, Andy maintains that his voice was a gift from God and all that needed to be done was to train it. 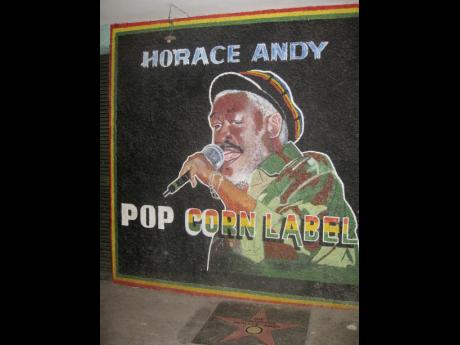 Some sources claim that the name Andy was given to him by Studio 1 producer Clement Dodd, who compared his writing skills to that of the great Bob Andy, but the youngster was in fact born Horace Hinds in Kingston on February 19, 1951, attended Allman Town Primary and Mico Practising schools, before beginning to show an interest in music. It was his work with producer Clement Dodd that established his reputation, although it wasn’t there that he did his first recording. That first recording was an undistinguished piece titled Blackman’s Country, done for Phil Pratt’s Sunshot record label in 1966.

Andy followed up with a few others for a couple of labels. Then came the Studio 1 days that produced a prodigious output of top-class recordings which included See a Man’s Face, Just Say Who, Fever, Something On My Mind, I May Never See My Baby Anymore, Love Of A Woman, Every Tongue Shall Tell, and his best-known recording, Skylarking – a term loosely used in Jamaica to depict frolic and unproductive time-wasting. Andy was warning the unruly youths in the recording as he sang:

“Skylarking, skylarking, that is what youths do today

Skylarking, skylarking, before they stand up firm on their feet.

So, if you all keep on doing what you all are doing

Andy, who always seems to be preaching, was equally persuasive, as he warns about deception in the recording See a Man’s Face:

“You see a man’s face

but you don’t see his heart

You see a man’s face

but you don’t know his thoughts

there’s a man to say love

take it to heart

So don’t mix love with hatred.”

With a very rhythmic reggae beat behind him, Andy continued the preaching at Studio 1 with Every Tongue Shall Tell:

“Every tongue shall tell

on that day when the Lord comes again

to judge everyone for the wrongs they have done

and all the lies they have told.” 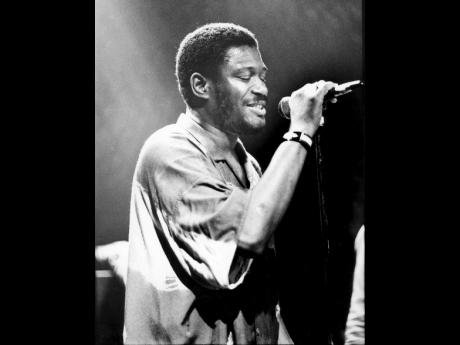 While his contemporaries were undergoing a voice change as they move out of their teenage years, Andy maintained that thin, youthful melodic voice that amazed many. Asked how he managed to do this, his answer was simply “garlic, bitters and honey”. Andy left Studio 1 between 1974 and 1975 to record a number of cuts for producer Bunny Lee and several other local producers. Two of his biggest hits of that period were the Lenord Chin-produced Children Of Israel and Girl I Love You, for Channel One.

During the late 1970s, Andy relocated overseas and worked with a number of top producers in America and England. He became very popular abroad with several overseas releases, many of which have become collector’s items. But most of Andy’s fame began from the 1990s up to the present when he became associated with the multiple award-winning group – Massive Attack – an English group formed in 1988 in Bristol. Andy recorded in various styles, had several British chart hits with the band, including Natty Dread A Weh She Want and You Are My Angel. He is ranked among Jamaica’s best-known artistes in England.

Returning to Jamaica during the early 2000s, Andy set up his recording studio at the Bond and Charles streets intersection, primarily to lure youths from the surrounding areas off the streets, but lamented the fact that many have not taken advantage of it. According to him, “most of them just want to be like John Wayne and Clint Eastwood, which is so bad”.