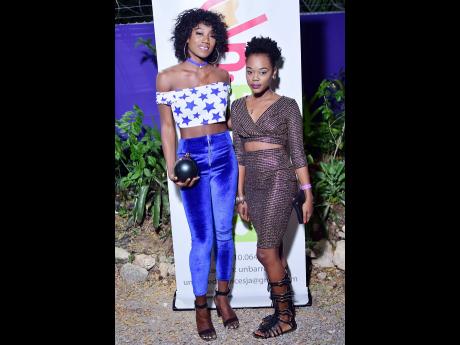 Family and friends of the late dancehall artiste J Capri gathered last Saturday night to reflect on the life and time of the young woman whose stay on earth cut short following a motor vehicle crash last year.

Held at Spades Night Club on Phoenix Avenue, St Andrew, the memorial party was meant to gather J Capri’s fans and supporters.  A handful of familiar faces showed up but the event did not attract the crowd that Oradell ‘Debbie’ Carwin, J Capri’s mother was hoping for.

Radio personality Nikki Z, dancer and singer Mystic Davis and young dancehall star, Jahmiel were among those in attendance.

“I miss her, I just miss her,” Jahmiel told THE STAR.

J Capri, whose real name is Jordan Phillips, died last December after her  Mercedes motorcar crashed into a wall leaving her unconscious. She was rushed to the University Hospital of the West Indies and underwent surgery after suffering a fractured skull and damage to her brain. She never recovered.

Debbie told THE STAR that the fact that was a busy weekend may have impacted turn-out.

“I was hoping for more of her fans, more artistes,” Debbie told THE STAR.