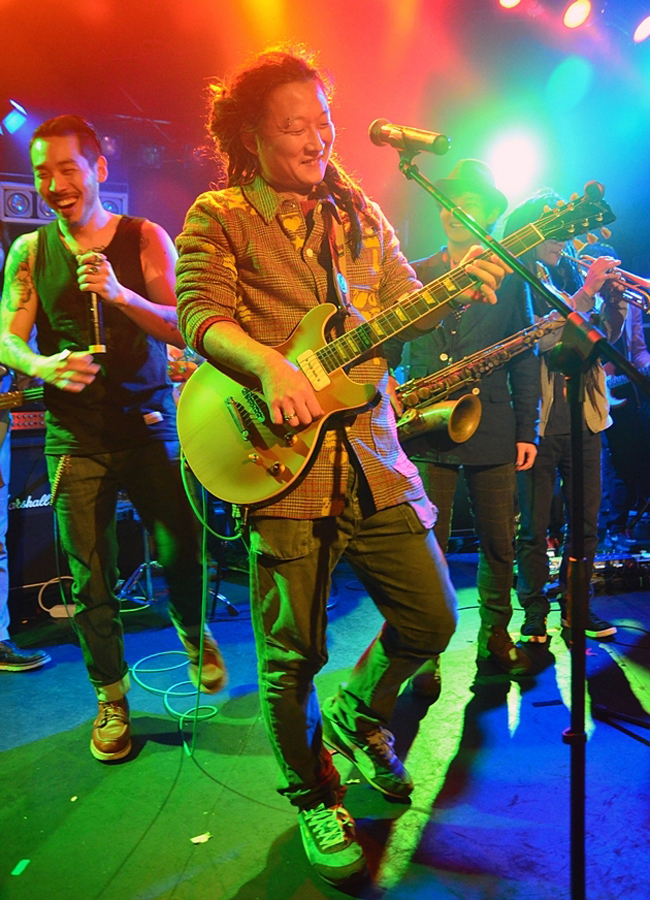 The fourth annual reggae festival Rise Again will be held Saturday, promising to bring “all of Korean reggae” to music lovers at Freebird in Hongdae.

The festival was introduced in 2013 to bring together Korea’s small but exciting reggae scene and spread the genre among Koreans. It spotlights both renowned and emerging domestic artists, including live bands, dancers and selectas (DJs).

There will also be NST & The Soul Sauce, a new reggae project formed by Noh Seon-teck, former bassist of Windy City who has been making a name for himself with his new project.

For those wanting a less aggressive style, Tehiun’s folk reggae style will please.

The lineup is rounded off by two more ska-oriented acts, the heavy-hitters Kingston Rudieska and younger Oriental Showcus. Both bands showcase the jazzier side of ska that was prevalent in Jamaica in the ‘60s prior to the birth of reggae, with their own distinct Korean touch.

Dance performances will be offered by Ms. Friday and Z.Sun. The DJs spinning vinyl between live performances represent the crews Ulssoo in the Earth, East Jamrock and record label Eastern Standard Sounds, plus visiting selecta Hayassen of the Japanese reggae sound crew Totalize, who is in Korea to release the Totalize compilation “Day by Day.”

There are noticeable absences from the festival, falling short of its claim to bring all of Korea’s reggae artists to one stage. But that is perhaps a positive sign of the ever-widening reggae scene growing too large to fit under one tent. This weekend will determine whether audience growth is keeping up.

Tickets cost 25,000 won in advance or 30,000 won at the door. The show starts at 7. Visit facebook.com/reggaeriseagain for more details.