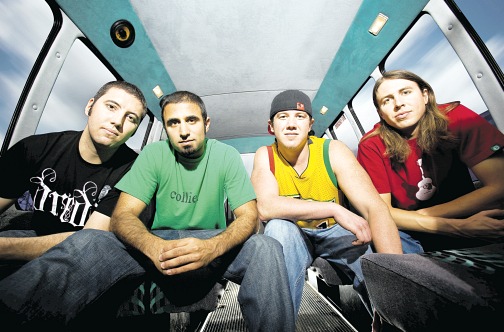 FOR the second-straight year, the top-selling reggae album is by a non-Jamaican.

Falling Into Place, a Grammy-nominated album from California band Rebelution, outsold some top Jamaican acts, according to Billboard magazine.

The publication’s best-selling reggae albums for 2016 are:

Water For Your Soul (Joss Stone);

Released on June 3, Falling Into Place by Rebelution debuted at number one on the Billboard Reggae Album Chart with first-week sales of over 13,000. The 11-track set features Inhale, Exhale with Protoje.

Falling Into Place has topped the chart consistently and sold 43,000 to date. That comprises streaming and traditional album sales.

The group’s fifth studio album, it is nominated for Best Reggae Album at the 59th Grammy Awards to be held in Los Angeles in February.

Set in Stone was released by Ruffwood Records in November 2015. To date it has moved 24,000 copies.

Ziggy Marley’s self-titled set was released by Tuff Gong Worldwide in May last year. It debuted at number one a week after its release and has so far sold 13,000. It has also been nominated for a Best Reggae Album Grammy.

Revelation Part II: The Fruit of Life was released by the Marley-owned Ghetto Youths International, and topped the Billboard Reggae table in early August. ‘Revelation’ has collaborations with rappers Busta Rhymes and Pitbull, Junior Reid, Capleton, Sizzla, and Bounty Killer.

Last year’s Grammy-nominated The Cure has sold nearly 19,000 copies, most of those sales recorded in 2015.

Hotting Up was released in August 2015 by Three Prong Records/Iration LLC. It has sales of nearly 18,000.

Soca Gold 2015, another compilation from VP Music Group, has some of the biggest soca hits from 2015, including Raze by Fay Ann Lyons and Party Done by Machel Montano and Angela Hunte. They helped the album sell 17,000 copies.

Another nominee for Best Reggae Album is

Rose Petals which was released by Wash House Music Group in March. Buoyed by collaborations with Chaka Demus, Snoop Dogg and Stephen Marley, it has sold 5,000 copies.