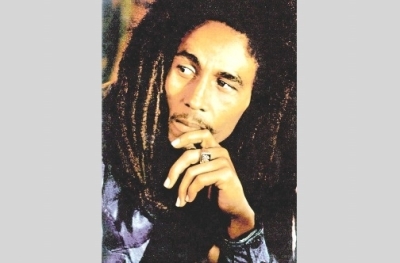 Forty years ago today there was an assassination attempt on reggae king Bob Marley while he was in rehearsal at his 56 Hope Road base in St Andrew. Fast-forward to tonight and a celebratory event to observe the anniversary of a peace concert Marley headlined two days after being shot will take place at the same venue.

Reggae acts Uprising Rootz Band, Dre Island, Kelissa, Black Hero, Feluka and Stephen Marley are among several performers set to take to the stage at the Bob Marley Museum in St Andrew for the jam session.

Brand manager at the Bob Marley Group of Companies Debbie Bisoon told the Jamaica Observer last night that all is in place for the event.

“Things are really going great. Our headliner Stephen Marley is here and rehearsals went well. He is promising a really great set for all those who will make it up to the Bob Marley Museum for the event. All the advertised acts will be on the show, but you never know who might put in a surprise appearance. Other members of the Marley family will also be on hand to share the experience. We are set to start promptly at 4:00 pm. Patrons are being urged to park in the designated parking lots at Barbican Beach and the Liguanea Prep School. The authorities will not be allowing any parking whatsoever along Hope Road and patrons who do so will see their vehicles being impounded,” she noted.

The added that the organizers are also pleased with the response to the call for donations of non-perishable food items to two charitable organizations — the Jamaica AIDS Support and Rhoden Basic School.

Bob Marley performed at the December 5, 1976 concert which was organized by the Jamaican government to stem fighting between gangs affiliated to the ruling People’s National Party (PNP) and Opposition Jamaica Labour Party (JLP). However, his appearance at the event was in doubt as two days before the show at National Heroes Park in Kingston, Marley, his wife Rita, manager Don Taylor and colleague Lewis Griffiths were shot by gunmen.

A wounded Marley performed at the show with his Wailers band, but left soon after for The Bahamas, then England, where he recorded the epic Exodus album