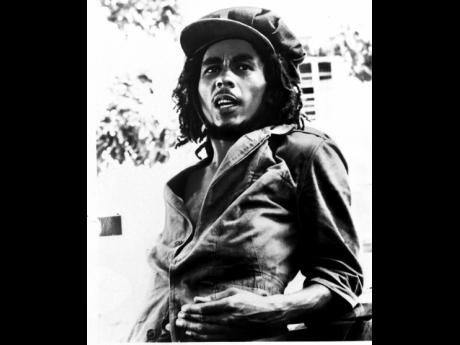 The performance by Bob Marley and the Wailers at the Santa Barbara County Bowl has long been a video recording favourite from Trojan. Now that it has been made available as an album, The Legend Live: Santa Barbara County Bowl, November 25, 1979, has topped the Billboard Reggae Albums chart for the week of Christmas Eve 2016. The 37-year-old live performance is a new chat entrant, so it debuted at number one.

In what is almost standard on the iTunes Reggae Album chart, Bob Marley and the Wailers’ Legend (Remastered) is in the top position on the listing generated just before 7 a.m. yesterday. Just behind is their Live! (Deluxe Edition) set with the Legend (Deluxe Edition) album at number four.

It has taken a couple of new albums to make inroads input the group’s dominance in the iTunes top five. Iration’s Double Up released on December 2, is in the third spot, while the December 9 Morgan Heritage release, Strictly Roots (Deluxe Edition) is fifth.

Double Up, also has a strong Billboard presence as it is in second position, just ahead of last week’s chart topper, Wash House Ting (J Boog). In this week of year-end releases, just maintaining its fourth place from the previous chart is enough to earn Rebelution’s Falling Into Place the greatest gainer nod.

Rounding out the top five is another new set, A Dollar Short (London McNamara). From there to number nine, it is all sets that have slipped downwards this week. The Holdup’s Leaves in the Pool is at number six, tumbling from last week’s second position. Live at Red Rocks (Rebelution) is at number seven, down from third last week. Set in Stone (Stick Figure) is down one position from last week to sit at number eight, but this is after 56 weeks on the Billboard listing. Nothing More to Say (The Frightnrs) lost four places to be ninth this week.

Closing out the top 10, as it did last week, is Stephen Marley’s Revelation Part II: The Fruit of Life.

There is another new set in the top 16, Unplugged by UB40 featuring Ali, Astro, and Mickey. Then there is the set of great stamina by Joss Stone, Water for your Soul, which has moved up a notch from 14 last week . It has spent 69 weeks on the chart.

On the iTunes chart, there is a new album – Xyclone’s From the to the Big Leagues – in sixth place and a live set (Rebelution’s Live at Red Rocks) in 10th. In between are Light (Bonus Track Version) by Matisyahu at seven, Rebelution’s Falling Into Place at eight, and Get Ready (featuring Roots of Creation) [Live] by Brett Wilson at number nine.

The Bob Marley and the Wailers set, which tops the Billboard listing, is 23rd on the iTunes chart.