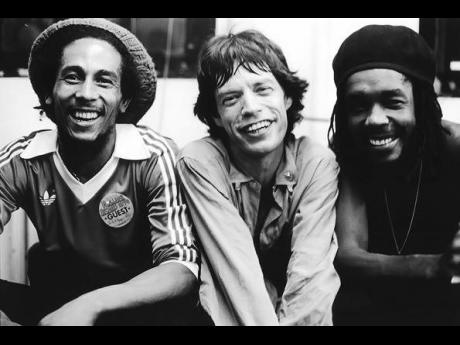 Rock great and leader of the Rolling Stones Mick Jagger has endorsed the Peter Tosh Museum.

Following the grand opening of the museum on October 19, Jagger congratulated the Tosh family and estate for the new project in a video released on the Tosh website and a range of social media outlets, including Jagger’s. Originally anticipated as a performer at the Tribute Concert, which followed the Museum opening, as well as a guest at the event itself, Jagger was unable to appear due to conflicts with the Rolling Stones’ fall tour in the United States. On the weekend preceeding the museum’s opening, the Rolling Stones and The Who recorded a sold-out concert in Los Angeles, grossing over US$160 million, for a new world record.

Interestingly, although neither Mick nor Keith Richards from the Rolling Stones made the Tosh Tribute Concert at the Pulse Centre in Kingston, Zak Starkey, The Who’s drummer and son of Beatle, Ringo Starr, performed (with lead vocalist Sshh!) his band’s version of Get Up Stand Up at the concert.

In the video in which he endorses the museum, Jagger reminisced on Peter’s performance on Saturday Night Live in which Jagger jumped on stage in the middle of Tosh’s performance of Walk and Don’t Look Back, and started singing with him, which he described as his fondest memory working with Peter. The two recorded the song together. Tosh himself recorded on the Rolling Stones label, to which he was signed between 1978 and 1981. He toured with the Stones in 1978 as their only opening act on the US, leg of their tour. Both the Mick Jagger endorsement and the Saturday Night Live performance, are posted on the Tosh website – www.petertosh.com.

The Peter Tosh Museum is a joint-venture collaboration among the Peter Tosh Estate, Pulse Investments Limited, and Andrea Marlene Brown.

A self-taught guitar and keyboard player, Tosh and The Wailers became pioneers of the burgeoning reggae scene in the late 1960s, and together, they toured the world. He left the band in 1973 to pursue his solo career and earned huge success with Legalize It, and later, solo releases.

The museum project is promised to give fans a deeper look into the man behind the music.

Tosh died tragically in 1987 during a robbery at his Jack’s Hill home.