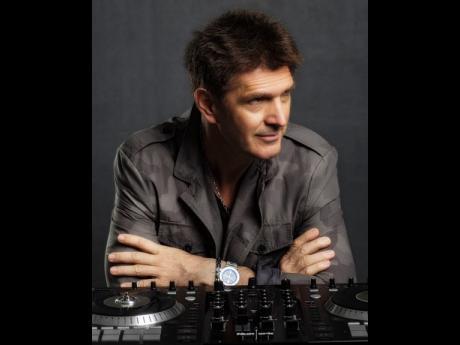 When one considers the reach of indigenous Jamaican music, namely reggae and dancehall, and the influence it has on contemporary popular music, in a cyclic argument, they have been consistently referred to as genres that have been undeserved for international awards.

A perennial catalyst for the argument of the low representation of the reggae and dancehall genres is the annual announcement of the nominees for the Grammy Awards, issued by the Recording Academy. In a recent interview with The Gleaner, Alexx Antaeus, Grecian restaurateur, music producer and a voting member of the Recording Academy, expressed his belief that the reggae music genre is a fully established world music form.

“So you have a ‘likkle’ country,” he chuckled at his automatic repronunciation, double-tacking with a mutter of ‘likkle but tallawah’… So you have this ‘likkle’ country that has its own music, that has become an international phenomenon. It is an established form of music that exists even on the Billboard charts,” he continued.

Antaeus tells The Gleaner, that he believes more can be done by local music industry professionals, as they seek to be regarded among the accomplished and subsequently rewarded. Acknowledging that each country has its own indigenous styles of music, Antaeus suggests that Jamaica is one such country where such music styles have surpassed its borders, and so should be considered among other internationally recognised popular genres.

“There is no reason why there should be only one reggae [category] right now.”

Agreeing that reggae has been severely under-recognised, despite its world influence, Antaeus suggested a step towards increasing reggae’s recognition and, in effect, increase its accolades.

“I know what has to be done because I’ve been through it,” he said.

“We’ve been through it back in the early ’90s, there was no representation of dance music at the Grammys,” Antaeus told The Gleaner. A group of his fellow dance music producers and deejays decided that they need to get strong from within. The group collected themselves and their work and in one fell swoop submitted applications for consideration to become voting members of The Academy.

According to Antaeus and the submission guidelines provided on the Recording Academy’s website, the requirement for consideration stipulates that an applicant must have their name credited to at least five commercially released products in the United States. Antaeus approximates that he had released about 10 remixes in the United States at the time of his application.

“A lot of local artistes’ work get released in the US, through distributors or publishers like VP Records,” he said. “Something that disappoints me is such a [musically] powerful country as Jamaica has created its own genre … How many small countries have music that has become such a phenomenon?”

Antaeus has decided to send out an open invitation to active music industry professionals within the local community to organise a meeting of sorts and establish an initiative to encourage more Jamaican involvement in the international music community, particularly focused on applying themselves to become active within The Recording Academy.