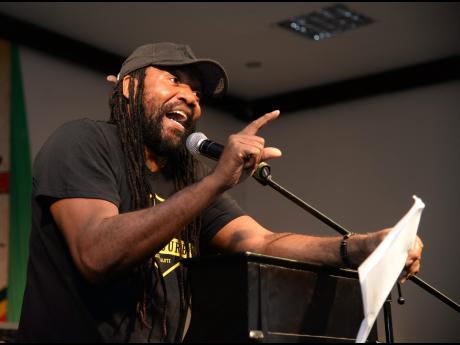 Tony Rebel, whose birthday Rebel Salute celebrates, was the final speaker and penultimate performer in an extensive line-up of both for the launch. Rebel combined both functions in naming the performers for the festival’s Friday and Saturday nights, often adding a snatch of the artiste’s material to illustrate a characteristic of the festival that he identified, that even if the audience cannot immediately identify the performer by name, they know a standout song.

The performer whose name stirred the most interest was Marion Hall, the given name for the Christian entertainer who was formerly the hard-core deejay Lady Saw. She is one of the headliners for Saturday, January 14. Rebel said he was looking forward to her performance. “Mi curious,” he said.

It is not the first time a Christian artiste will be on the Rastafarian-rooted event as Stitchie performed in 2014. 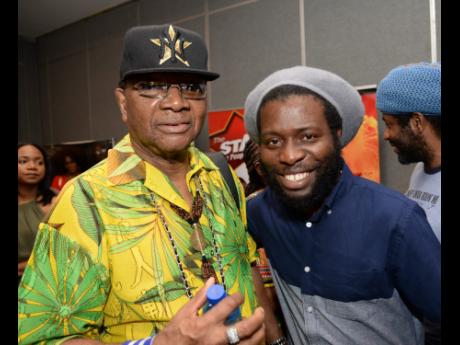 The festival’s clout with sponsors was underscored by the number of company representatives who spoke at the launch, hosted by Terri-Karelle Griffith. The Jamaica Tourist Board’s (JTB) Paul Pennicook said that everything the organisation partners with is geared towards increasing visitor arrivals, Rebel Salute fitting into this objective.

“More and more, today’s travellers are looking for an authentic local experience,” Pennicook said, noting that Rebel Salute is an authentic reggae experience.

The assessment of Rebel Salute’s authenticity was repeated throughout the launch speeches, representatives of FLOW, the Jamaica Public Service Company, Ward’s Power Tools, and Caribbean Airlines, among other corporate entities, speaking about their connection with the festival. Minister of Culture, Gender, Entertainment and Sports, Olivia Grange placed the festival’s importance in the context of overall concern for an imbalance between Jamaican and overseas music in royalties payout.

“It is an event that speaks to culture, clean music, music you can whistle to, as Mr Seaga says,” Grange said. “Rebel Salute presents good Jamaican music.”

However, Grange said that she was very disappointed that the Jamaica Association of Composers, Authors and Publishers (JACAP) was paying out more money to overseas than Jamaican performers, appealing to radio disc jockeys and radio station librarians to help remedy the situation.

In addition to the endorsements in person, there were also some which were recorded, starting with The Gleaner Company Media Limited’s managing director Christopher Barnes and including representatives of Mi Hungry, Little Ochie, the Jamaica Constabulary Force (JCF), and Phase Three Productions through Dr Marcia Forbes.

Superintendent of Police Gary Francis told the audience at the Jamaica Pegasus hotel that the primary objective was the security of all the persons who attend the signature event, noting that everyone entering the venue would be searched. “We are fully aware that the product is a part of Brand Jamaica, and we want to preserve and protect this brand,” Francis said. “It will be safe and secure.”

Robert Bryan gave an extensive explanation of developments at Grizzly’s Plantation Cove as it progresses towards being an integrated park. He noted that Grizzly’s has been involved in Rebel Salute for 23 years, with the festival being one of the staples at the park since moving there in 2013. It is one of the calendar events at the 235-acre facility, others being the Jamaica Sound System Festival, run by Bass Odyssey Sound System, and the Jamaica Epicurean Festival.

Coming on board in March 2017 is the quarterly event Global Riddims, with the annual Smile Jamaica to begin in December next year.

Maxsalia Salmon outlined activities of the Rebel Salute Foundation, which includes assisting two students at the Marcus Garvey High School, as well as partnerships with the JCF in a high school debating competition and torch run.

Among the launch’s performers were Queen Ifrica, who previewed two songs from her new album, Climb (one song urging black women to respect themselves and not sell out for fish and chips). Chevaughn did one song a capella, after the one with music was not enough for the audience, and Tony Rebel anchored his line-up announcement with a couple of songs, handing over to Chuck Turner to close off the night.