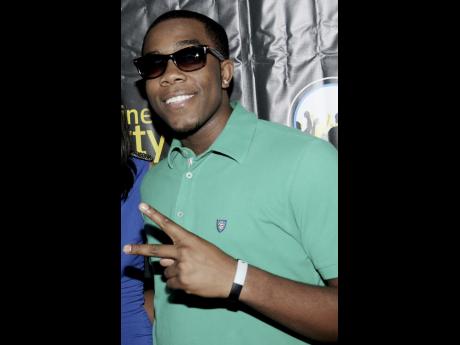 The tour is slated to commence on January 12, 2017 in San Diego, California, and will conclude on February 25, 2017 in Los Angeles. Morgan is expected to perform songs like Good Old Roots, Shouldn’t Have and tracks from his project, Transition. He told The Gleaner, that the tour is a manifestation of a dream.

“It’s been a long time coming and I’m thankful to have the opportunity to go on my first tour away from my foundation. It’s always been a dream of mine to tour with J Boog, and now that it’s manifesting, it feels unreal. I’m excited and prepared to take on the road with my musical brothers for six long weeks,” he said.

As for his upcoming debut album titled Transition, the young artiste expressed that the project represents his growth and development as an individual artiste, in contrast to living in the shadows of the Grammy award-winning Morgan Heritage.

“I put out my first album ever. That says a lot for the beginning of any artiste’s career. It’s an accomplishment and a learning experience at the same time. This album represents me taking control of my life and turning my dream into a reality. Here you have it,” he said.

Transition will be available worldwide on digital stores by January 6, 2017. However, fans of reggae music who pre-order the project as of now will receive two free singles as bonus.